The Top 12 states with the largest average Libertarian vote totals in presidential elections are all located in the western region of the country, led by Alaska, Arizona, and Wyoming 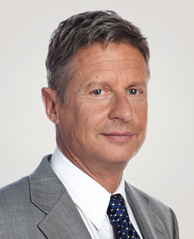 Long-shot Libertarian presidential nominee Gary Johnson’s is attempting to gain traction and reach 15 percent in public opinion polls so that he may qualify for entrance into the television debates this fall.

In the few national presidential polling matchups conducted since the spring that have included his name as an option, the former two-term Republican New Mexico Governor has registered support between 2 and 6 percent of likely voters nationwide.

It has widely been assumed that Johnson will perform strongest in the nation’s western states, given his New Mexico political roots.

But that is only half of the story.

A Smart Politics analysis of presidential election results since 1976 finds that each of the Top 12 states averaging the largest vote for Libertarian nominees are located in the western region of the United States.

The first election cycle with a Libertarian presidential candidate was 1972, although nominee John Hospers only secured ballot access in Colorado and Washington.

From 1976 onward, the party’s nominee has appeared on the ballot in a majority of the states.

And while the party has only reached 1 percent of the national vote once – in 1980 with Edward Clark (1.06 percent) – expectations are much higher with Gary Johnson in 2012.

Even if Johnson’s campaign does not take off and earn a high enough percentage in the polls to appear in the televised debates, and even if he sheds some support as is frequently the case with prominent third party candidates, all indications are he will shatter party records this November.

And his footprint in the West could be huge.

Overall, states in the western region of the country have voted an average of 0.90 percent for Libertarian candidates since 1976. (Including states in which the nominee did not receive ballot access).

That amount, while small, is more than double the state average received in any other region of the country. 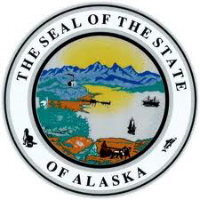 Western states also hold the Top 12 slots in support of Libertarian presidential nominees led by Alaska – far and away the leader at 2.93 percent.

Put another way, Alaska’s average vote of 2.93 percent is 581.7 percent higher than the nationwide average support Libertarian nominees have received since 1976 (0.43 percent).

A Public Policy Polling (PPP) survey in late May found Johnson polling at 9 percent in the Grand Canyon State with Mitt Romney up just four points on Barack Obama.

Interestingly, the only western state that does not appear in the Top 12 is Governor Johnson’s home state of New Mexico.

A mid-July PPP survey of likely New Mexico voters found Johnson polling at 13 percent in his home state with Obama ahead of Romney by only four points.

Johnson’s effect on the presidential race in states like New Mexico, Colorado (where PPP polled Johnson at 7 percent in mid-June), Nevada, Washington, Oregon, and Arizona will be felt not simply because of his western political roots, but because those states would be voting for the libertarian nominee in much greater proportions than the nation as a whole anyway.

The difference in 2012 is the Party’s vote total and impact on the race will be more pronounced as it has produced their highest profile nominee to date.

With libertarianism becoming more popular and more mainstream – due in part to the strain advocated by former 1988 nominee Ron Paul during the 2012 GOP primary campaign – it is actually quite feasible that Governor Johnson could receive 1 percent of the vote in more states than all other previous nominees of the party combined.

Across the 10 election cycles in which Libertarians have been on the ballot, their nominees have eclipsed the 1 percent mark just 45 times.

And in only nine of these 45 instances did the nominee break the 2 percent mark:

Over the last five election cycles since 1992, a Libertarian nominee has reached the one percent mark just three times across the 50 states:

The state demonstrating the least support for Libertarian nominees over the years is West Virginia at an average of just 0.20 percent per cycle.

Note: Far right column indicates how much higher or lower a state’s average vote for Libertarian nominees is from the national average of 0.43 percent. Data compiled by Smart Politics.