Two are retiring and at least one incumbent is vulnerable, but several strong female candidates may help offset these losses for a record of 19+ women in the U.S. Senate in January 2013 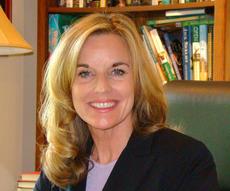 While the number of women in the U.S. Senate declined slightly after the 2010 elections, a slate of female candidates in 2012 who have either wrapped up their party’s nomination or are fighting to do so in August primaries means there is a good chance after the November dust settles that there will be a record number of female U.S. Senators once again.

Two of these senators are retiring at the end of their terms in January – Republicans Olympia Snowe from Maine and Kay Bailey Hutchison from Texas.

That leaves 15 women with six defending their seats this cycle (all Democrats): Maria Cantwell of Washington, Dianne Feinstein of California, Kirsten Gillibrand of New York, Amy Klobuchar of Minnesota, Claire McCaskill of Missouri, and Debbie Stabenow of Michigan.

There is currently universal agreement among D.C. prognosticators that the seats of Feinstein, Gillibrand, and Klobuchar are safe.

Cantwell and Stabenow are also favored and have not trailed in any public opinion polls in their reelection campaigns to date.

That leaves McCaskill as the lone vulnerable female incumbent this November.

If she should lose, that would drop the baseline number to 14.

However, one of McCaskill’s potential opponents is former Republican Missouri Treasurer Sarah Steelman (pictured at top).

Steelman will square off in the GOP primary on August 7, and a victory would ensure a woman retains the Show-Me State’s Class I seat.

Women are also heavily favored to pick up seats in Hawaii and Nebraska this November, which would push the number of women in the U.S. Senate next January back up to 16 or 17, depending on what happens in Missouri. 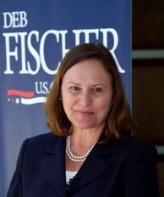 In Nebraska, Tea Party candidate Deb Fischer scored a stunning victory in the GOP primary over the state’s Attorney General and establishment candidate Jon Brunning in a six-candidate field.

A Hirono primary win would guarantee another slot in the U.S. Senate for women next year.

In order for women to set a record for their largest number of U.S. Senators in the 113th Congress, two or three more female candidates will probably need to catch fire and win this November.

The most likely candidates to win their state’s 2012 U.S. Senate seats are:

· Nevada Democratic nominee Shelley Berkley who has trailed appointed incumbent Dean Heller in most matchup polls over the past year by single digits.

· Wisconsin Democratic nominee Tammy Baldwin who is currently polling at her strongest as her potential Republican opponents gear up for their primary on August 14th.

In Maine, Democratic nominee Cynthia Dill has all but lost the race already to popular independent candidate and former two-term governor Angus King who is amassing significant support from Democrats in the state.

Other long shot female candidates hoping to win their party’s primary include Republicans Clair Van Steenwyk in Arizona and Marielena Stuart in Florida.