Only three of the 35 Republican primaries for the U.S. Senate have been decided by less than 10 points in state history with the average margin of victory at more than 50 points 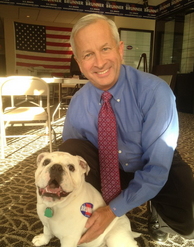 With eight candidates on the ballot, the Missouri GOP U.S. Senate contest appears to still be a three-candidate race heading into the last day of campaigning before Tuesday’s primary.

Businessman John Brunner has surged from a long-shot candidacy last fall to a potential favorite in one of many high profile Republican senate primaries held in the 2012 cycle.

Brunner is matched up against six-term U.S. Representative Todd Akin, former Missouri Treasurer Sarah Steelman and five other lesser-known candidates in what will go down as one of the most competitive Republican U.S. Senate primaries in state history.

A Smart Politics analysis finds that Missouri’s 2012 Republican U.S. Senate primary is slated to be just the fourth out of 36 such contests in state history to be decided by single-digits, with a historical average victory margin of more than 50 points.

Only two Missouri Republicans have ever received a free pass to the general election over the past century.

Despite this history, Missouri GOP U.S. Senate primaries have largely been snoozers cycle after cycle, with the average victory margin coming in at 52.3 points.

The margin of victory in Tuesday’s contest, however, is likely to be in the single digits, and low single digits at that.

Only three of the 35 U.S. Senate primaries in party history have been decided by single digits with the most narrowly decided contest occurring during the 1956 cycle.

In that race, Herbert Douglas (40.8 percent) defeated Albert Schoenbeck (38.5 percent) by just 2.3 points with William Thomas a distant third out of four candidates with 14.1 percent of the vote. 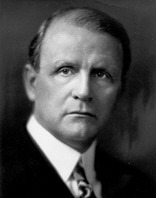 But the most competitive race to date was the primary of 1928 when U.S. District Attorney and former 1-term U.S. Representative Roscoe Patterson won the primary with just 31.4 percent of the vote – some 3.4 points ahead of former 1-term U.S. House member Nathan Frank (28.0 percent) with a third candidate – David Proctor – just 5.0 points back at 26.4 percent in a six-candidate field.

Patterson would win the general election that fall but then lost by nearly 20 points in his reelection bid to Harry Truman in the 1934 cycle.

The most competitive U.S. Senate primary for the Republican Party since the 1960s was a 35.8-point blow-out by St. Louis County Chief Executive Gene McNary over State Senator David Doctorian in 1980.

The 1928 race mentioned above most closely resembles what is likely to happen on Tuesday.

Brunner, Akin, and Steelman will all easily land in double-digits, with each candidate probably winning north of 20 percent of the vote.

The last time a trio of Republican U.S. Senate primary candidates received even 10 percent of the vote in the Show-Me state was over 50 years ago in 1958 when Hazel Palmer (44.6 percent), perennial candidate William Thomas (26.5 percent), and Homer Cotton (19.6 percent) accomplished that feat.

Palmer went on to get trounced by Democratic incumbent Stuart Symington in the general election.