Including GOPers Jim Talent (2002) and Roy Blunt (2010), just 5 Missouri U.S. House members have been elected to the Senate since 1914; nearly three times as many have failed 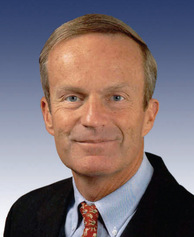 Todd Akin’s victory in one of the most competitive Missouri Republican U.S. Senate primaries in state history Tuesday clears a big historical hurdle for the six-term congressman in his attempt to pick off one of the most vulnerable Democratic seats this November.

Despite a poor track record in winning seats to the nation’s upper legislative chamber throughout the 20th Century, ex- or sitting members of the U.S. House from the Show-Me State seem to have reversed that trend over the last decade.

A Smart Politics review of Missouri election data finds that only five ex- or sitting U.S. Representatives have been elected to the U.S. Senate since the state’s first direct vote contest in 1914 among 19 such attempts.

Overall, 127 Missourians have been elected to the U.S. House since the introduction of popular vote U.S. Senate races nearly 100 years ago.

Ex-or sitting House members have sought senate seats 19 times from 1914 to 2010 with Todd Akin the 20th during this span.

Nine of these candidacies failed at the primary stage, one candidate died on primary day, four nominees lost the general election, and just five were elected to the chamber.

Two of the five successful candidates that claimed senate seats were sitting GOP U.S. Representatives in the last decade.

Prior to Talent’s victory, it had been over 50 years since the last time a sitting or former member of the House won a U.S. Senate seat from Missouri – with five failed attempts in between. 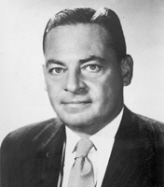 There had been a 10-year gap between Hennings’ service in the House and running for Senate in 1950 when he secured his upset victory – serving as a circuit attorney for the City of St. Louis and a lieutenant commander in the Naval Reserve during World War II in between.

The first member of the House of Representatives to win a U.S. Senate seat in the direct vote era was Democrat Harry Hawes in 1926.

Hawes was in his third term in the nation’s lower legislative chamber when he won a special election to fill the vacancy caused by the death of Republican Selden Spencer – defeating appointed GOPer George Williams by 3.6 points.

Patterson had served one term in the House six years prior.

Despite these success stories, nearly three times as many candidacies by sitting or former Missouri U.S. Representatives for the U.S. Senate have failed:

· In 1914, former one-term Republican Politte Elvins lost his party’s primary with 36.5 percent of the vote in a two-candidate field. 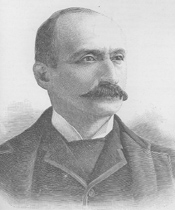 · In 1916, former one-term Republican Nathan Frank (pictured) lost the GOP primary with 19.0 percent, finishing last out of three candidates. Frank had been out of congress for 26 years.

· In 1928, former one-term Republican Wiliam Atkeson finished fifth out of six candidates in the GOP primary with just 4.7 percent of the vote.

· In 1928, Nathan Frank came in second in that same primary, with 28.0 percent of the vote – now 38 years removed from his one term in congress.

· In 1932, former one-term Republican Dewey Short lost his party’s primary with 21.0 percent in a second-place finish out of six candidates.

· In 1934, sitting five-term U.S. Representative John Cochran placed second in the Democratic primary out of four candidates with 35.4 percent of the vote.

· In 1934, sitting seven-term Democrat Jacob Miligan ran a distant third in that same primary with 22.1 percent.

· In 1974, Curtis, now a former nine-term member of congress, lost his second consecutive U.S. Senate general election race to Eagleton – this time by a decisive 20.8 points.

· In 1976, sitting four-term Democrat James Symington lost his party’s primary with 25.2 percent of the vote, finishing third out of 10 candidates.

· In 1976, sitting two-term Democrat Jerry Litton won that same primary with 45.4 percent of the vote, but died in a plane crash on primary day.

· In 1994, sitting six-term Democrat Alan Wheat was crushed by 24.0 points in his general election matchup against John Ashcroft.

Despite this overall bleak history for members of the U.S. House seeking higher office, Akin’s biggest challenge was perhaps winning Tuesday’s Republican primary – the only U.S. Senate primary in party history in which three candidates netted at least 29 percent of the vote with Akin at 36.0 percent, John Brunner at 30.0 percent, and Sarah Steelman at 29.2 percent.