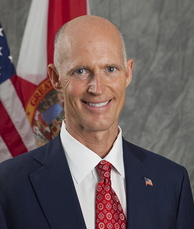 Rick Scott’s decision to withdraw from the Republican National Convention’s activities including his scheduled speech Monday evening due to the severe weather hitting his state of Florida leaves the convention without any presence by its host state’s governor.

While that is unusual in recent GOP convention history, it has not been a requirement that the governor of the convention state attends or receives a featured speech at the proceedings.

In fact, many convention locales have been in states with governors from the opposing political party – including eventual opposing presidential nominees.

A Smart Politics analysis of Republican and Democratic National Conventions finds that only two-thirds of such conventions have been held in states with a sitting governor of their own party (58 of 86).

Ridge, Pataki, and Pawlenty all spoke on the last day of their state’s respective convention.

However, during six of the 11 cycles over the previous 40 years (1952-1992), the Republican Party held conventions in states with sitting Democratic governors:

Stevenson, of course, became the Democratic nominee on the third ballot in the same building in Chicago two weeks after the Republican convention adjourned.

Overall, since the GOP’s first national convention in Pennsylvania in June 1856, there have been 29 Republican host state governors (72.5 percent) and members of another political party for 11 other cycles (27.5 percent). 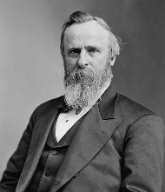 Another historically prominent host state governor during the RNC is Rutherford Hayes.

Hayes had just started his third term as the chief executive of Ohio when he was nominated for president on the seventh ballot at the 1876 convention in Cincinnati.

Hayes would be elected president just a few months later by one Electoral College vote over Samuel Tilden.

The Democratic Party, meanwhile, has held its national convention in states with Republican governors during two of the last five cycles: Illinois (Chicago) in 1996 (Jim Edgar) and Massachusetts (Boston) in 2004 (Mitt Romney).

Note: If the GOP is looking to get a boost in Florida this cycle as part of its convention-site strategy, history suggests they may be disappointed.

Republican presidential nominees have averaged a 1-point decline in convention host state’s adjusted margin of victory (or loss) vis-à-vis the national vote compared to the previous election cycle since the first televised convention in 1940.

Convention locations aside, a previous Smart Politics study found there to be no correlation between a state’s presidential vote and gubernatorial partisan control.

Since 1968, Democratic presidential candidates have had the same success rate in carrying states with Democratic governors as Republican governors – one-third of the time.

Posted in Florida and tagged news