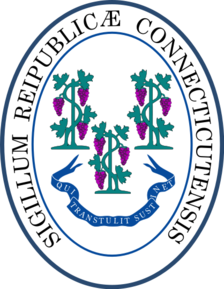 While no media outlets are rushing to slide Connecticut over into the ‘battleground state’ column, the poll is the third consecutive survey released in less than a month that shows the former Massachusetts governor within single digits of the president.

(Rasmussen and Public Policy Polling each found the president with an eight-point advantage in previous weeks).

Still, for a state which the president carried by 22.4 points to be this tight (and the last four Democratic nominees carried by an average of 17.1 points), suggests one of two scenarios might be in play:

First, the country could be in the midst of a Romney surge / Obama nadir, which would be reflected in significant movement toward Romney in national polling.

However, this has not been the case.

The Obama-Romney spread remains within a few points in either direction as it has across the vast majority of surveys for months.

Secondly, Connecticut could in fact be just a whisker away from a bona fide tight race, and thus just as legitimately a ‘battleground state’ as several others that have been trotted out as states to watch by media outlets over the past several months, such as Arizona, Indiana, Minnesota, Missouri, and New Mexico.

Almost all of these aforementioned states currently have a larger Obama or Romney edge in Real Clear Politics’ polling averages (or recent polling results where no average is available) than the State of Connecticut.

Romney’s strength in Connecticut vis-à-vis McCain is borne out by a glance at polling conducted during July and August of 2008, which found McCain trailing Obama by 10 more points (an average of 17.3 points during this span) than Romney currently trails Obama (an average of 7.6 points).

Still, overcoming a 22.4-point deficit in Connecticut from 2008 to 2012 would admittedly be a nearly miraculous turn for the Republican Party and probably a sign that Romney wins in a blow-out.

Obama’s victory margin last cycle was the second largest ever for Democrats in Connecticut since the formation of the Party in 1828 behind only the Election of 1964 when Lyndon Johnson routed Barry Goldwater by 35.7 points in the state. 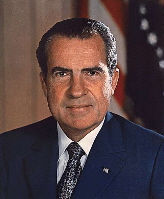 The largest deficit ever overcome by the GOP in Connecticut is the 5.2-point loss by Richard Nixon in 1968. Nixon carried the state handily by 18.5 points four years later.

And on three occasions Republicans have improved cycle-to-cycle by more than the 22.4 points facing them from 2008:

Putting aside the last few cycles and looking through the long lens of history, it is less surprising to find a fairly close race in Connecticut.

Over the 100-year period from 1908 through 2008, only seven states across the country had more closely-decided presidential contests than the Constitution State.

In fact, from 1908 to 1992 (prior to this recent Democratic surge in the state), Connecticut ranked tied for second in the nation for the closest calls in presidential races behind only Wisconsin (14) and tied with Delaware (13).

The state also had a remarkable eight-cycle run from 1864 through 1892 in which every presidential race was decided by less than five points.

The recent strong polling by U.S. Senate nominee Linda McMahon is another reason to believe the Republican bite may have some teeth in Connecticut this cycle.

McMahon has narrowly led Democratic nominee Chris Murphy in both polls since the Connecticut primary earlier this month.

Democratic Margin of Victory (or Loss) in Presidential Elections Since 1828

* Denotes an election year in which the National Republican candidate was the chief opponent to the Democratic nominee. ** Denotes Whig. Table compiled by Smart Politics.