Only one other national convention speech by a presidential nominee’s wife in history has incorporated as many family unit buzzwords as Ann Romney Tuesday evening (Hillary Clinton, 1996) 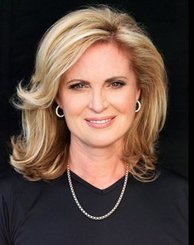 Although she professed her speech was “not about politics,” Ann Romney undoubtedly delivered a political speech Tuesday evening.

One of the dominant themes emerging from the commentary and media analysis after Ms. Romney gave her speech to the Republican National Convention was that she “targeted” women and attempted to close the gender gap which currently gives Barack Obama a significant advantage with female voters.

The subtext to such an analysis is that Romney incorporated key code words and issues into her speech that would trigger a sympathetic response from women to her and, by extension, her husband Mitt.

So how does Ann Romney rate in the annals of speeches from the wives of presidential nominees in using the political language of the family unit?

A Smart Politics content analysis of national convention speeches by the wives of presidential nominees finds that Ann Romney’s address was second only to Hillary Clinton’s 1996 DNC speech for the most references to family, children, women, and other members of the family unit.

Ann Romney’s 2012 speech included 75 such ‘family unit’ references – good for second most among the 10 speeches delivered since 1992.

“I am the granddaughter of a Welsh coal miner who was determined that his kids get out of the mines. My dad got his first job when he was six years old, in a little village in Wales called Nantyffyllon, cleaning bottles at the Colliers Arms. When he was 15, Dad came to America.”

“Inside the houses that lined the streets of our town, there were a lot of good fathers teaching their sons and daughters those same values. I didn’t know it at the time, but one of those dads was my future father-in-law, George Romney.”

On other occasions, Romney delivered these keywords to speak more generally:

Included in Ms. Romney’s speech were 27 different references to children – also the second most of any nominee’s wife in a convention speech.

“As a mom of five boys, do we want to raise our children to be afraid of success? Do we send our children out in the world with the advice, “Try to do… okay?” 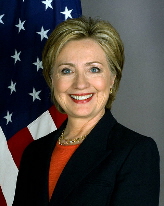 But as densely populated as Ann Romney’s speech was with these “family” code words purportedly meant to evoke a particular response from women, it was still a far cry from the speech Hillary Clinton gave at the 1996 Democratic National Convention.

Then First Lady Clinton injected 104 ‘family’ references into her speech overall, including a whopping 46 about children – nearly 20 more than any other nominee’s wife.

“There are volunteers tutoring and coaching children. There are doctors and nurses caring for sick children, police officers working to help kids stay out of trouble and off drugs. Of course, parents first and foremost are responsible for their children. But we are all responsible for ensuring that children are raised in a nation that doesn’t just talk about family values, but acts in ways that values families.” – Hillary Clinton, 1996 DNC

The only speech which cannot be said to have politicized the family unit is Elizabeth Dole’s in 1996, in which she injected just six such references in her address.

Over the 10 speeches delivered since 1992, the average number of family buzzwords used by the wives of nominees is 56, with the following records now in place:

· Clinton with 18 references to “parents.”

Clinton was also the only speaker to incorporate family unit references all the way out to aunts and uncles.