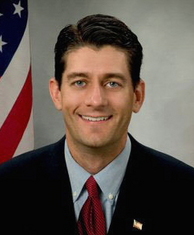 After five weeks and two national conventions little has changed in the media’s estimation as to which states are going to decide the presidential election in November.

That report found 10 different lists among the dozen states designating the most competitive states to watch this cycle with only two states appearing on all 12 maps under analysis: Florida and Virginia.

Over the last month, nine of the 12 outlets have not altered their respective battleground state maps.

Three outlets, however, have decided the race for president is getting tighter and thus added states to their previously more conservative tally of 2012 battlegrounds: CNN, Huffington Post, and Real Clear Politics.

CNN increased the number of battleground states on their map from seven to nine with the addition of North Carolina and Wisconsin.

The outlet now has 110 Electoral College votes up for grabs compared to just 85 last month.

Huffington Post, which had previously only listed three states as toss ups (Florida, North Carolina, and Virginia), has added four more to their map: Colorado, Iowa, Ohio, and Wisconsin.

That means Colorado, Florida, Iowa, Ohio, and Virginia are now all universally agreed upon by these 12 prominent outlets to be toss ups in the 2012 cycle.

At Real Clear Politics, Michigan and Wisconsin have been added into the mix, with 10 states now labeled toss ups by the poll-watching outlet.

Real Clear Politics is one of just five of these outlets to list Michigan among the battleground states along with National Journal, POLITICO, USA Today and the Wall Street Journal.

The selection of Paul Ryan as Mitt Romney’s running-mate undoubtedly tightened the race in the Badger State in the eyes of CNN, Huffington Post, and Real Clear Politics with Wisconsin now in the second tier of the list of most-mentioned states on these battleground maps with 10, joining New Hampshire (11), Nevada (11), and North Carolina (9).

Only ABC and PBS have yet to list Wisconsin as a battleground while the Huffington Post remains the last holdout on New Hampshire and Nevada.

The New York Times, PBS, and Washington Post currently do not list North Carolina in the swing state category.

Overall, the average number of Electoral College votes falling into the toss up category increased from 111.8 in early August to 119.6 across these dozen outlets.