A champion of the ‘great compromise,’ Minnesota’s Republican U.S. Senate nominee is open to tax increases and vows, “I don’t care if I have to have a verbal or physical confrontation with Grover Norquist” 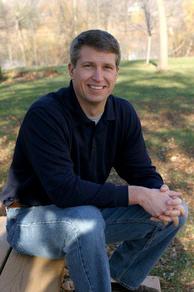 As the standard-bearer for his party in Minnesota this November, Republican U.S. Senate nominee Kurt Bills laid some fascinating cards on the table at a forum Monday afternoon at the University of Minnesota’s Humphrey School of Public Affairs.

While Bills – from House District 37B (Rosemount) – stated that he was a “very, very conservative individual,” the Gopher State representative sounded much more beholden to the students he teaches every day in his economic and government high school courses than to his own party.

When asked by moderator Larry Jacobs as to whether he might back Simpson-Bowles and include both spending cuts and tax revenue measures to fix the nation’s federal budget deficit, Bills responded:

Norquist, of course, is the founder of Americans for Tax Reform – an organization known for getting candidates to sign an anti-tax pledge before running for (re)election – and is considered by some to be one of the most powerful Republicans in the country.

The Norquist jab was not the only one offered up by Bills who candidly admitted to breaking Ronald Reagan’s 11th Commandment as he criticized George W. Bush for pushing through a temporary tax cut and not paying for his two wars (“Why would you ever do this?”).

But while many from Bills’ party in Congress have been criticized over the past few years for their purported unwillingness to compromise on core issues and principles like taxes, the Gopher State GOP U.S. Senate nominee did not shy away from the ‘C’ word during Mondays’ event:

“When the Grand Compromise comes – which it hasn’t, which is what I’m so frustrated about…we need to have this compromise come forward.”

“I have seen what good compromise can look like.”

“And something like Simpson-Bowles or the Great Compromise – whatever it is, whatever it’s going to be named – will be brought to the floors of the Senate and the House and be voted upon. That would be my goal – is to be, as much as I can, to be part of that solution.”

“I’m going to support the compromise when it comes forward.”

“When the time comes, I’m going to do everything I can to bring that compromise forward to the floor.”

And how does Bills reconcile the “R” next to his name with his willingness to look at increasing tax revenues as part of a solution to solving the nation’s budget woes?

“My heart is with those kids that I taught.”

In addressing the federal budget crisis on his campaign website, Bills does not address the revenue side, only the spending side:

“If we want our children and our grandchildren to live with the same liberty and prosperity that we have, we must reverse this trend. Federal spending per household has grown more than 150% since 1965. The answers are straightforward. As your next U.S. Senator, I will work with fellow members to pass a budget, along with focusing on lowering spending. Unsustainable spending can be curbed by the federal government focusing on what it was designed to do as defined by the Constitution.”