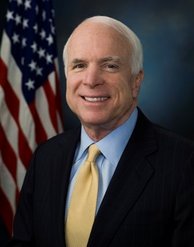 The answer for most Americans is probably ‘no.’

While the number is growing, only a small fraction of U.S. residents currently use Twitter (just 15 percent of Internet users according to a 2012 Pew study).

However, nearly all members of the nation’s upper legislative chamber do maintain an official government Twitter account.

And who is the leader of the biggest pack?

A Smart Politics review of U.S. Senate official Twitter accounts finds that as of mid-day October 1st, 86 U.S. Senators maintain government Twitter accounts run by themselves, their staff, or a combination of the two, with John McCain out in front by hundreds of thousands of followers over his closest colleague.

The former Republican presidential nominee from Arizona leads the pack by more than one and a half million followers at 1.75 million, although it should be noted that a recent report found that on average 38 percent of the followers of U.S. Senators on Twitter are ‘fake’ (spam or inactive accounts).

The study estimated nearly double that amount of McCain’s followers are fake (68 percent), but even if that is true, the senior senator from Arizona still leads his next closest colleague by several hundred thousand ‘real’ followers.

After McCain comes independent Bernie Sanders of Vermont at #2 (116,806 followers), with Democratic Majority Leader Harry Reid of Nevada at #3 (65,678), Tea Party Republican Rand Paul of Kentucky at #4 (59,073), and long-serving GOPer Chuck Grassley of Iowa at #5 (51,609) who has personally (and famously) taken to his Twitter account on occasion to criticize Barack Obama and his Democratic colleagues with questionable grammar (even by Twitter standards).

Rounding out the Top 10 are Republican Tom Coburn of Oklahoma at #6, Democrat Chuck Schumer of New York at #7, Republican John Cornyn of Texas at #8, and Democrats John Kerry of Massachusetts and Mark Warner of Virginia at #9 and #10 respectively.

Those with the smallest U.S. Senate Twitter followings represent the nation’s least populated states with the bottom five senators coming in at less than 1,000 followers: 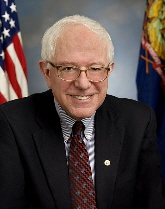 McCain and Sanders are not only the most followed U.S. Senators on this social media platform, but also rank among its most frequent tweeters.

Rounding out the list of the Top 10 most frequent tweeters are Republican James Inhofe of Oklahoma at #4, GOPer Kay Bailey Hutchison of Texas at #5, Republican Rob Portman of Ohio at #6, Democrat Mark Begich of Alaska at #7, Republican Chuck Grassley of Iowa at #8, Democrat Daniel Inouye of Hawaii at #9, and GOPer Roy Blunt of Missouri at #10.

At the top of the list for senators with the most followers on their private or campaign Twitter accounts are Tea Party favorites Marco Rubio of Florida (156,451) and Jim DeMint of South Carolina (138,166) – the only two such members eclipsing the 100,000 mark.

McCaskill, Brown, Gillibrand, and Hatch all face reelection this cycle.

On the other end of the spectrum, the least followed non-governmental Twitter accounts are held by Wyoming Republican John Barrasso with just 30 followers and Rhode Island Democrat Sheldon Whitehouse with 127.