The popular media outlet’s political reporting is ripe with stories boasting compendiums of visuals in groupings of 5 and 10; BuzzFeed is also a fan of the numbers 6, 8, 11, and 15 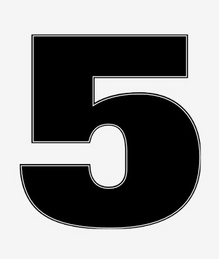 When Ben Smith was hired by BuzzFeed late last year to become Editor-in-Chief and create a news division, many media observers eagerly awaited how the famed POLITICO reporter would blend the outlet’s penchant for posting compendiums of images with coverage of actual political news.

While a large portion of BuzzFeed’s political coverage incorporates ostensibly standard report titles such as “Obama Sees Unusual Spike in Facebook Likes” or “The Mitt Romney Bullying Story,” dozens of reports still follow the outlet’s tried and true method of collecting related visuals (images/videos) into a list-like format by quantifying the number of such visuals in the report’s title.

For example: “Nine Things You Didn’t Know About the Obamas” or “10 Pictures Of Workin’ Man Mitt Romney.”

Other, more traditional news outlets, have followed suit this election cycle – recognizing the viral value in distilling the essence of a news story into a compendium of images with short, if not snarky, subtitling.

But how many images constitute an effective political news story of this sort?

How long is too long and how short is too short?

What is the magic number at BuzzFeed?

A Smart Politics content analysis of BuzzFeed’s 2012 political news coverage finds that ‘5’ is the most common number associated with its compendium-style reporting with ’10’ very close behind.

Smart Politics coded the more than 200 reports on politics and government from the BuzzFeed archive from January 1, 2012 through October 7th that adopted the aforementioned number/collection format.

To date, 21 political news stories on BuzzFeed feature a series of five visuals, or 10.4 percent of these reports – more than any other number.

Here are some headlines from 2012 celebrating the number ‘5’:

Five, of course, is a good, solid number.

You can count to five on one hand.

Or on one foot.

Unless you are a cat using your back paws. That would only get you to eight. (Publishing photos of cats and other animals has been a BuzzFeed staple over the years).

But the fact that ‘5’ is the most frequently incorporated number in BuzzFeed political reporting is a bit surprising, considering it is, at first blush, not as good a number as ’10.’ 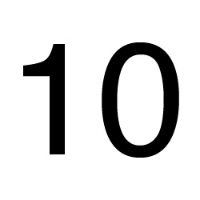 And it ends with ‘0’ – a nice round number that gives it closure.

And everyone loves Top 10 lists.

Nonetheless, the 5s just edged out the 10s which tallied 20 political reports bearing this number at BuzzFeed since January, or 9.9 percent of this style of reporting.

Some of the more noteworthy coverage highlighting the number ’10’ include:

Some numbers, however, could not get any love from BuzzFeed’s political reporters.

The five largest series in BuzzFeed’s political reporting can be found in “All 117 Things That Leslie Knope’s Campaign Ad Says She Supports,” “85 Reasons Why Sesame Street Is Going To Be OK,” “69 Politicians As They Were In High School,” “68 Things I Learned At The Democratic National Convention,” and “56 Images From Barack Obama’s Early Career In Chicago.”

In other words, 41 percent of BuzzFeed’s political reporting in the compendium format used visuals compiled in a series of 5, 10, 15, 20, 25 etc.

Numbers ending in ‘2’ were the least frequently incorporated into these BuzzFeed reports, accounting for just 11 of the 202 reports (5.4 percent).

But that doesn’t mean you shouldn’t take a look at “Two Bears Who Support Mitt Romney,” “SuperPAC Attacks Romney With 12 Sad Sesame Street Images,” or “32 Reasons Mitt Romney Strategist Stu Stevens Is The Most Interesting Man In The World.”