Two-thirds of battleground state maps have changed over the past month, yielding 10 different maps across 12 different media outlets 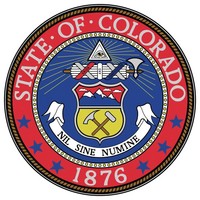 With events on the campaign trail and on the debate stage seemingly changing the temperature of the 2012 presidential race every day, media outlets are subsequently adjusting which states satisfy the definitional requirements of being called a ‘battleground’ this cycle.

The problem for the interested reader, however, is to decide which map to read.

Smart Politics has previously issued reports detailing the differences between the maps of a dozen prominent media outlets in early August and September.

However, whereas only three of these outlets changed their battleground state maps from August to September, a lot has changed over the last month.

And there is still very little agreement on which or how many states are up for grabs.

A Smart Politics analysis of the horse race coverage of a dozen major media outlets finds that eight have changed their battleground state maps from a month ago – removing 11 states collectively and adding six more back in – with only three states appearing on all 12 maps: Colorado, Florida, and Virginia.

Overall, an average of nine states and 116.5 Electoral College votes populate the dozen battleground state maps – down slightly from an average of 119.6 votes one month ago.

Three states currently appear as toss-ups on the maps of all 12 news outlets under analysis: Colorado, Florida, and Virginia.

In early August, Florida and Virginia were the only battlegrounds states on each of the dozen maps.

Currently, Nevada and Ohio appear on 11 maps, with Iowa and New Hampshire on 10, North Carolina and Wisconsin on nine, Pennsylvania on four, Michigan and Missouri on three, New Mexico on two, and Arizona and Minnesota on one.

Eight of the 12 outlets have changed their maps since Smart Politics’ last survey of maps on September 9th:

· ABC News added Michigan, Pennsylvania, and Wisconsin to their battleground map for a total of 11 states and 146 Electoral College votes.

· Real Clear Politics moved Michigan to ‘lean Obama’ but upgraded Missouri and Pennsylvania to “toss up” status – for a total of 11 states and 140 Electoral College votes.

· The Wall Street Journal shifted Arizona to ‘lean Romney’ and Michigan, New Hampshire, and Wisconsin to ‘lean Obama’ for a total of eight remaining battleground states and 106 Electoral College votes still on the table.

None of the other nine outlets share identical maps at this stage of the cycle.

All told, that means there are 10 different battleground state maps among the 12 media outlets.