Iowa would become the 45th state in the nation to elect a woman to the U.S. House if Vilsack defeats Steve King in November 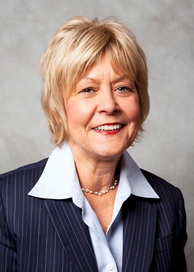 In one of three closely-watched U.S. House races on the ballot in Iowa this November, the Hawkeye State has one of its best chances to elect a woman to the nation’s lower legislative chamber for the first time since statehood.

Nearly $6 million has been raised between King ($3.1 million) and Vilsack ($2.7 million) through September, with a third candidate – independent Martin Monroe – also appearing on the ballot in the race.

If Vilsack is able to upset Representative King – in a district most prognosticators rate as GOP-leaning – Iowa would become the 45th state to elect a woman to the House of Representatives.

Iowa is one of six states that has only elected men to the U.S. House – along with Alaska, Delaware, Mississippi, North Dakota, and Vermont.

But what differentiates Iowa on this list is that it boasts the largest population among these half-dozen states – and thus it has had by far many more opportunities to elect a woman over the decades.

For example, since the first woman was elected to the House in 1916 (Jeanette Rankin in Montana), Iowa has held 358 general election congressional district contests.

Mississippi has had 284 such elections, followed by North Dakota with 84, Vermont with 51, Delaware with 48, and Alaska with 27.

The first hurdle for women in breaking through this political wall is, of course, getting on the ballot.

In Iowa, only 27 female candidates have received a U.S. House major or third party nomination (or were nominated by petition and ran as an independent) through the 2012 cycle.

More than half of these candidacies have been launched since 2000, including eight major party nominees.

Democrats have nominated 14 of these 18 women compared to four for the Republican Party.

Vilsack is the 18th woman to land a major party nomination out of the 149 contests that have been conducted since 1962 when Republican Sonja Egenes made the first appearance on a congressional ballot by a woman in the Hawkeye State. (There have been 660 general and special U.S. House elections in Iowa since 1846).

In the 2010 cycle, Iowa came close to breaking this streak with Republican Mariannette Miller-Meeks winning 45.9 percent of the vote and losing by just 5.1 points to Democratic incumbent David Loebsack in the state’s 2nd CD.

In 2010, Socialist Workers party nominee Rebecca Williamson recorded the best mark by a non-major party female candidate when she won 2.6 percent of the vote in the 3rd CD race won by Democrat Leonard Boswell.

Vilsack is the only female candidate of the 14 major party, third party, and independent candidates running across the state’s four districts this November.