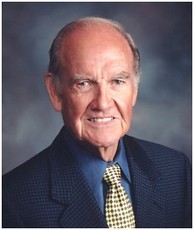 The death of George McGovern last weekend marked the end of a long life of a former Democratic U.S. Senator and presidential nominee.

McGovern – then a two-term senator from South Dakota – was on the losing end of one of the biggest blow-outs in U.S. presidential electoral history, carrying only Massachusetts and the District of Columbia and 17 electoral votes as Richard Nixon easily won reelection in 1972.

McGovern would serve a third term before losing handily by 18.8 points to Republican James Abdnor in his quest for a fourth term in 1980 and embark on another (short-lived) presidential campaign in 1984.

All told, McGovern’s 39+ years on earth after the 1972 presidential election is the third longest span recorded by any failed presidential nominee who carried at least one state in U.S. history.

The longest such post-election tenure is held by Strom Thurmond, who ran as a State’s Rights candidate in 1948 and lived another 54 years before his death in June 2003 at the age of 100.

Thurmond would finish his term as governor of South Carolina after losing the 1948 election and later go on to serve more than 47 years in two stints in the U.S. Senate.

The longest mark for a failed major party presidential nominee is held by Republican Alf Landon.

Landon won only two states (Maine, Vermont) and eight electoral votes while Franklin Roosevelt cruised to a second term in 1936.

After finishing his term as Governor of Kansas in January 1937, Landon never ran for political office again until his death 50 years later at the age of 100 in 1987 (although his daughter, Nancy Kassebaum, won three terms in the U.S. Senate from the Sunflower State).

The average number of years lived by a failed presidential nominee over the last 200+ years has been just 18.

Three failed presidential candidates did not live even one year after their loss on Election Day:

· Democrat Horace Greely died on November 29, 1872 – less than one month after the Election of 1872 in which he carried six states and 66 electoral votes as Ulysses Grant cruised to a second term.

· Democrat Stephen Douglas died on June 3, 1861 – just seven months after the 1860 election in which Abraham Lincoln won with a plurality of the vote from a deeply divided electorate.

· Progressive Robert La Follette died on June 18, 1925 – approximately seven and a half months after the Election of 1924 in which he carried his home state of Wisconsin and its 13 electoral votes as Republican Calvin Coolidge won in a landslide.

* Still living. A year in the far right column is defined as a full 12 month-period after Election Day. Table compiled by Smart Politics.