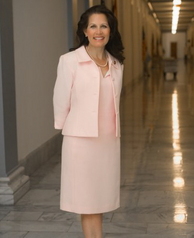 A string of KSTP/SurveyUSA polls released late this month have found three Minnesota U.S. House races to be competitive heading into the home stretch.

Polls of likely voters in the 2nd, 6th, and 8th CD races were all within single digits, with no candidate eclipsing 50 percent of the vote.

Additional polls of the 6th and 8th CDs by the Star Tribune also found the margins in those contests to be within single digits.

If these numbers hold through Election Day, Minnesota election-watchers are in for a rare treat.

A Smart Politics review of Minnesota U.S. House election data finds that the state has only had one cycle in the last 28 years in which three of its eight congressional contests were decided by single digits.

The last time the state had more than two competitive U.S. House races was during the Republican Revolution of 1994.

While none of the six incumbents on the ballot were defeated that cycle, Tim Penny’s retirement in the 1st CD flipped one seat to the GOP and Rod Grams’ decision to run for the U.S. Senate helped the DFL retake the open 6th CD.

The average victory margin across all eight districts that cycle was 17.0 points – the lowest in the state since the Election of 1962 (14.8 points).

The 1994 election is the only cycle from 1984 through 2010 in which three races were decided by single digits in the Gopher State, with the average victory margin of these 112 races coming in at 27 points during this 14-cycle span.

Prior to 1994, the last time Minnesota had more than two competitive races in a cycle was 1982 – a redistricting year:

And now Minnesotans may have at least three close races to track on the evening of November 6th. 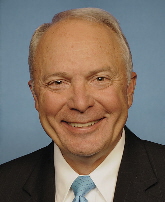 In the high-profile 6th CD race between three-term incumbent Michele Bachmann and DFL challenger Jim Graves, KSTP/SurveyUSA found Bachmann with a nine-point advantage (50 to 41 percent) with the Star Tribune putting Bachmann up six (51 to 45 percent).

Minnesota’s congressional races in the 1st and 3rd districts have not yet been polled by non-partisan organizations, though incumbents Tim Walz and Erik Paulsen are expected to have less trouble with their challengers than Kline, Bachmann, and Cravaack.

The competitive races in 2012 are a distinct change of pace for the state that has endured a number of blow-out races in recent cycles.

Across the five cycles of the last redistricting period (2002 through 2010), only seven of Minnesota’s 40 U.S. House races were decided by single digits, or 17.5 percent of all races – the third lowest percentage across the 16 decades dating back to the 1850s.

The most dramatic battle for the U.S. House in Minnesota history took place after redistricting in 1892, when six of the state’s seven congressional districts were decided by single digits including three by less than four points.

Republicans won four of these seats with Democrats winning two and a People’s Party candidate winning one with an average victory margin across the seven districts of just 6.7 points.

Although all three competitive races on the ballot this cycle involve GOP incumbents, history suggests at least one (if not two) should survive: since the Election of 1892 the Republican Party has held at least two U.S. House seats in Minnesota in every cycle.