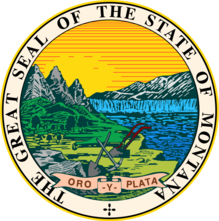 Although the presidential race and key U.S. Senate contests will steal the headlines Tuesday evening, there are nonetheless probably going to be a few tight gubernatorial races that may not be called until Wednesday (or beyond).

Out West, toss-up open seat races in Montana and Washington could go down to the wire.

The State of Washington last elected a Republican governor in 1980 (John Spellman) and only the current Democratic losing streak in South Dakota, where a Democrat last won in 1974, is longer across the 50 states (Democrats also last won the governor’s mansion in Utah in 1980).

The strength of the vote for Libertarian nominee Ron Vandevender in the Treasure State may be determinative, as it was in Montana’s closely-decided 2006 U.S. Senate race that went to the Democrats. Hill, however, has led Bullock in most autumn polling.

A third open seat race in New Hampshire, between Democrat Maggie Hassan and Republican Ovide Lamontagne, should also be competitive with only a few of the remaining eight gubernatorial races likely to be decided by single digits (e.g. Indiana, Missouri, possibly North Carolina).