Republican nominee Dan Bongino wins just over 25 percent of the vote – the lowest ever mark for either major party across 35 U.S. Senate contests in state history 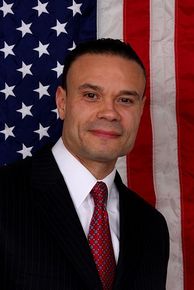 While Maryland’s 2012 U.S. Senate race was never expected to be competitive, the final result was one for the history books that the state’s Republican Party would like to forget.

Bongino won just 26.6 percent of the vote, which is the lowest mark across the 35 general and special popular vote U.S. Senate elections that have been conducted in the state since 1913.

The previous low water mark for the party was 29.0 percent, recorded by Alan Keyes in 1992 while losing to current Maryland senior Senator Barbara Mikulski.

Bongino’s historically low vote percentage was due in part to the strong Democratic tilt to the state, to his campaign never catching fire, and to a very strong independent candidacy by Rob Sobhani who emerged with 17.0 percent of the vote – a high water mark for a non-major party U.S. Senate candidate in the state.

Bongino emerged from a packed 10-candidate GOP field to win the party’s primary earlier this year with just a shade over one-third of the vote.

Maryland Republicans had failed to reach the 30 percent mark in three previous cycles since the introduction of direct elections of U.S. Senators: