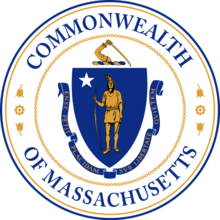 As Republicans become more and more scarce in the northeast, Democrats in a few states are racking up some gaudy winning streaks.

Democrats have compiled double-digit winning streaks in four of these states with Massachusetts way out in front with 91 consecutive victories in general and special elections since 1996, followed by Rhode Island with 20, Maine with 18, and Connecticut with 15.

Vermont (four in a row since 2006), Hawaii (four since 2010), Delaware (two since 2010), and New Hampshire (two in 2012) are the only other states with active statewide Democratic congressional victory streaks.

In Massachusetts, one of the best Republican chances to pry away a seat from the Democratic U.S. House delegation fell just short in the state’s 6th CD where beleaguered 8-term incumbent John Tierney eked out a 1-point victory over Richard Tisei.

Every other Democratic candidate in Massachusetts carried their district by at least 25 points giving the party 91 wins in a row since the 1996 cycle.

Democrats have now swept all 89 seats over the last nine general elections in the Bay State plus an additional two special election victories in 2001 (in the 9th CD) and 2007 (5th CD).

The 91-race victory streak is the longest by any political party in the history of Massachusetts.

Last week the streak continued with victories by David Cicilline in the 1st CD (by 12.2 points) and James Langevin in the 2nd (by 20.8 points).

Cicilline, who struggled to reach the 50 percent mark during the GOP wave of 2010, was once considered to be one of the few vulnerable northeastern Democrats this cycle.

Democrats compiled 41 consecutive wins in the state’s two congressional districts from 1940 through 1978. 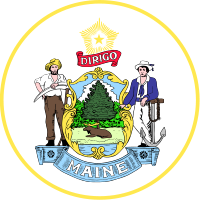 Last week, Mike Michaud and Chellie Pingree cruised to 16.4 and 29.4-point victories in the 1st and 2nd CDs respectively.

The longest previous streak for Democrats in the Pine Tree State was just six contests when the party swept the elections of 1966, 1968, and 1970.

In Connecticut, Democrats extended their U.S. House election streak to 15, by sweeping the state’s five congressional districts for the third cycle in a row.

Elizabeth Esty’s 3.3-point win in the state’s open 5th CD race was the narrowest victory margin for the Democrats during this stretch (slightly smaller than Jim Hines’ 4.0-point win in the 4th CD in 2008).

The 15 congressional district Democratic streak in Connecticut is tied for the second longest by either party since the founding of the GOP in in the mid-1850s: Republicans won 38 straight races from 1894 to 1908 and 15 in a row from 1924 to 1928.