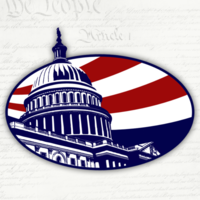 Although gains by Democrats were modest in 2012 U.S. House races – netting eight seats nationwide – the delegations from two coastal states still managed to increase their ever-growing influence on the party.

For despite the State of New York losing two seats due to reapportionment after the 2010 U.S. Census, the Democratic Party saw the percentage of its caucus from the Empire State and California delegations increase to an all-time high – now just shy of 30 percent of the 201 seats it will hold across the country in January.

A Smart Politics analysis of 83 general election cycles dating back to 1850 finds that the Democratic Party now comprises a larger percentage of Californians and New Yorkers in the U.S. House than at any point since California joined the Union.

When the 113th Congress convenes in January, 29.4 percent of the 201-member Democratic caucus will hail from California (38 members) and New York (21 members).

That marks an increase from the two-state delegation’s collective previous all-time high of 28.1 percent recorded after the Republican tsunami of 2010 (increasing for a few months to 28.5 percent after Kathy Hochul’s win in NY-26 in 2011).

With new district lines in place, the 2012 cycle saw Democrats hold serve in New York – picking off Nan Hayworth in NY-18 and Ann Buerkle in NY-24 but seeing Rep. Hochul lose in NY-27.

Democrats will control 21 of 27 New York seats in January compared to the 21 of 29 they hold today.

While California and New York are two of the three most populous states in the country, it is important to note that the number of representatives from the two states collectively has remained relatively flat over the last 50 years.

Since 1962, New York and California have accounted for between no less than 18.2 percent and no more than 19.1 percent of all seats in the nation’s lower legislative chamber (with California’s delegation increasing and New York’s decreasing during this span).

And yet, during this 50-year period, the percentage of the Democratic caucus hailing from these two states has increased by more than two-thirds: from 17.4 percent in 1962 to 29.4 percent in January 2013.

California and New York hold 29.4 percent of seats in the Democratic caucus but just 18.4 percent of U.S. House seats overall for a +11.0-point differential. 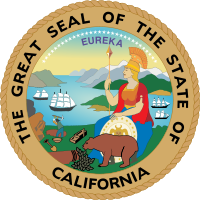 The percentage of seats held by Democrats in California at the start of the 113th Congress will be at a 76-year high, with 38 of the 53 seats under the party’s control, or 71.7 percent.

The last time the party eclipsed the 70 percent mark in the Golden State delegation was after the Election of 1936 when Democrats controlled 15 of 20 seats (75 percent).

At 59 seats collectively, the raw number of representatives in the Democratic caucus hailing from these two states coming out of a general election has been eclipsed only once: when the party won 60 seats in the Election of 2008.

However, Democrats have never been as reliant on the New York and California delegations as they are today, as the caucus won 257 seats in the 2008 cycle, compared to just 201 two weeks ago.

Data reflects totals based on Election Day results, except (*) adjusts for contested elections in which a new winner was selected. Data compiled by Smart Politics.