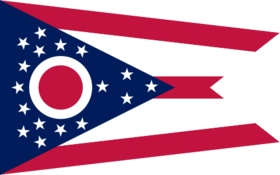 Although most of the projected battleground states in the 2012 election fizzled out and were not nearly the highly competitive races that many media outlets had expected them to be, Ohio, once again, did not disappoint.

Won by Obama by just 2 points (provisional ballots pending), the state was the second most closely-decided in the nation, behind only Florida at 0.9 points.

With official results yet to be certified in all 50 states, the margin in Ohio (+2.0 Obama) is currently the second closest to the national popular vote (+3.3 Obama) behind only Virginia (+3.7 Obama).

There is no reason to expect Ohio will not be right back in the thick of things in 2016 as well, as it continues to be the most competitive – and politically divided – state in U.S. presidential electoral history.

A Smart Politics review of the 47 presidential election cycles since the birth of the modern two-party system in 1828 finds Ohio leads the nation in both the lowest average victory margin (8.8 points) as well as the largest number (23) and percentage (49 percent) of highly competitive contests decided by less than five points.

While the number and geographic location of competitive states in presidential elections has at times shifted from generation-to-generation and even cycle-to-cycle, the battleground epicenter remains in Ohio.

From the first modern two-party presidential contest in 1828, to the debut of the Republican Party in 1856, through the populist surge of the 1890s, through the Democratic rebirth in the 1930s and 1940s, and through the modern era of divided parties and obscene campaign coffers, Ohio has been a closely-divided and highly-prized state at the top of the ticket.

For starters, Ohio is the only state in the nation to boast an average victory margin in single digits across the last 47 presidential election cycles.

Overall, candidates have averaged an 8.8-point margin of victory in the Buckeye State, which is less than half the national statewide average of 18.8 points (19.8 points if including the District of Columbia). 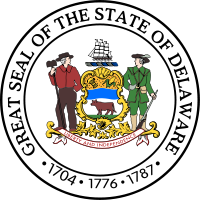 Interestingly, most of the states populating the Top 10 narrowest victory margin list generally do not provide competitive presidential contests today.

Delaware is ranked #2 with an average victory margin of 10.1 points over the last 184 years.

Delaware has had only one race decided by more than 25 points (voting for Herbert Hoover in 1928 by 30.4 points) and was one of just three states (along with Massachusetts and New Hampshire) decided by single digits during all four of FDR’s victories from 1932 to 1944.

All but two of the 10 least competitive states throughout history are located in the South.

(The District of Columbia has had an average victory margin of 71.9 points during the 13 cycles in which it has cast three electoral votes since 1964).

Ohio is far and away the nation’s leader with nearly half of its presidential contests decided by less than five points (23 of 47, 48.9 percent) and almost three-quarters decided by single digits (33 of 47, 70.2 percent).

Ohio has also recorded four presidential contests decided by less than one point:

That ranks tied for fourth in the nation for the most razor-thin contests over the last 184 years. 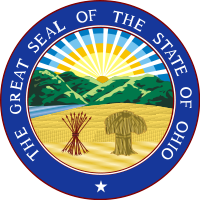 As mentioned above, Ohio got out of the gate quickly as a presidential battleground state when the modern two-party system began in 1828 in a rematch of Andrew Jackson and John Quincy Adams, with the fight for its electoral votes decided by less than 10 points in 18 of 19 cycles through 1900.

After support Abraham Lincoln by 12.7 points over George McClellan during his reelection bid in 1864, Ohio was again decided by single digits again for nine more consecutive cycles, including another six by less than five points.

Although there was only one competitive presidential race nationally from 1904 to 1936 (Woodrow Wilson’s reelection victory in 1916), Ohio still managed to eke out three moderately competitive races statewide with William Taft winning the state by 6.2 points in 1908, Wilson carrying it by 7.7 points in 1916, and FDR winning it by just 2.9 points in 1932.

Over the 14 election cycles since 1960, the average victory margin in Ohio of 8.4 points is third lowest in the nation behind Wisconsin (6.9 points) and Pennsylvania (8.3 points).

In recent years, Ohio is one of just five states since 1992 to have all six presidential contests decided by single digits (along with Colorado, Florida, New Hampshire, and Virginia).

With an average victory margin in the state of just 3.4 points, Ohio is second to Florida (2.7 points) for the narrowest margins during this 20-year span.