Only one sitting U.S. House member has been appointed out of 15 appointments to the U.S. Senate from South Carolina; only four of these appointed senators were subsequently elected to the chamber 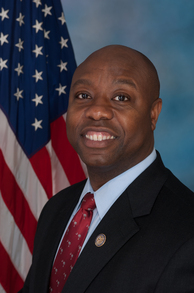 A recent Smart Politics report documented how U.S. Senate resignations have been quite common throughout the Palmetto State’s history, with one in three senators eventually resigning their seat.

It has been noted that, if appointed, Tim Scott would be the only African-American in the U.S. Senate – and the first from the South since 1881.

But while a majority of U.S. Senate appointments from South Carolina over the decades have had political experience (sorry Stephen Colbert), very few had ever served in Congress.

A Smart Politics analysis of the 15 appointments made to the South Carolina U.S. Senate seats throughout history finds that only three such appointees had previously served in Congress and just one was a sitting member of the U.S. House.

From 1826 through 1965 a total of 15 appointments were made to fill U.S. Senate seats in South Carolina.

Only three of the 15 individuals appointed to U.S. Senate seats had congressional experience and only one was a sitting member of the U.S. House.

Democrat Franklin Elmore (appointed in 1850) had served for just over two years in the House in the 24th and 25th Congresses more than a decade before his senate appointment.

However, after 49 days, Elmore died and Robert Barnwell was appointed to the seat. 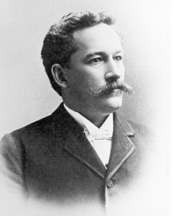 The only sitting member of the House of Representatives to be appointed senator from South Carolina was John McLaurin, who would make his presence known in the upper chamber soon enough.

McLaurin was serving in his third term in the U.S. House when he was appointed to fill the vacant seat caused by the death of Joseph Earle in 1897.

McLaurin was subsequently elected, though did not run for reelection for a full term in 1902.

That year he was censured by the Senate after being involved in an assault with his fellow South Carolina colleague, Ben Tillman.

Tillman had accused McLaurin of voting based on “improper influences” from the Republican Party to which McLaurin responded that Tillman’s statement was “a willful, malicious, and deliberate lie.”

“In response, the 54-four-year-old Tillman jumped from his place and physically attacked McLaurin, who was 41, with a series of stinging blows. Efforts to separate the two combatants resulted in misdirected punches landing on other members. Such a blatant physical assault had not occurred during a Senate session since Henry S. Foote (Democrat-MS) and Thomas Hart Benton (Democrat-MO) had accosted one another in 1850.”

Like McLaurin, the vast majority of South Carolina’s appointed senators did not record a long tenure in the nation’s upper legislative chamber:

· Two did seek election to the seat, but lost their nomination bids: Democrats Christie Benet (1918) and Donald Russell (1966). Russell was Governor of South Carolina and in effect appointed himself in 1965 after the death of Olin Johnston, with Lieutenant Governor Robert McNair appointing Johnston to the senate seat after becoming governor.

Three other appointed senators were subsequently elected but only one served beyond the completion of the term: Democrats Andrew Butler (elected in 1846, 1848, 1854), William De Saussure (1852), and John McLaurin (1897).

The remaining appointed senator, Strom Thurmond in 1954, had just been elected in November to the seat as a write-in candidate.

Thurmond took the seat of Charles Daniel, who had also been appointed and resigned a few days before the end of the term in December 1954 so Thurmond could take his seat. Thurmond was unable to be sworn in, however, as Congress not in session.

* Thurmond was appointed after his election to the U.S. Senate as a write-in candidate in the 1954 general election. Thurmond served for just over a year before resigning in April 1956 and then running for his seat in a special election that November. Thurmond would then serve another 46+ years. Table compiled by Smart Politics based on information culled from the Congressional Biographical Directory.