Six new faces entering the Senate in January served in the House and 51 overall; Hawaii, Virginia, and Massachusetts have the highest all-time rate of choosing Senators with House experience 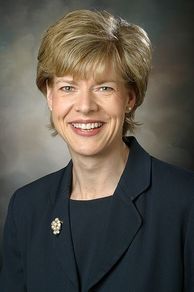 Although 12 new faces will be seated in the U.S. Senate when the 113th Congress convenes in three weeks, several have been fixtures in D.C. for quite some time.

That number is higher than the historical average.

But while six U.S. Representatives made it to the Senate this cycle, a greater number failed in the general election: Democrat Shelley Berkley of Nevada and Republicans Connie Mack of Florida, Pete Hoekstra of Michigan, Todd Akin of Missouri, Denny Rehberg of Montana, Heather Wilson of New Mexico, and Rick Berg of North Dakota.

With the addition of the six individuals listed above, more than half of the Senate in the 113th Congress – 51 of 99 members pending the appointment to Jim DeMint’s open seat in South Carolina – can all claim at least one term under their belt in the nation’s lower legislative chamber.

The partisan tally comes to 27 Democrats, 23 Republicans, and one independent.

Among active members, Maryland’s junior Democratic Senator Ben Cardin put in the most time in the House before entering the Senate at 10 terms.

Maria Cantwell of Washington had the shortest stint in the House at just one term.

In addition to Snowe, three other U.S. Senators will depart the chamber at the end of the 112th Congress who were former representatives: Jon Kyl of Arizona, Daniel Akaka of Hawaii, and the aforementioned Jim DeMint who will resign from his seat in early January.

Throughout history, U.S. Representatives who were elected (or appointed) to the Senate first served an average of 3.6 terms in the House.

The 51 Senators with House experience in the forthcoming 113th Congress served an average of 4.6 terms – with seven of them recording a gap in service between the two chambers: Bill Nelson of Florida (10 years), Tom Carper of Delaware (eight), Patrick Toomey of Pennsylvania (six), Maria Cantwell of Washington (six), Rob Portman of Ohio (four), Tom Coburn of Oklahoma (four), and John Thune of South Dakota (two).

Overall, a total of 242 of the 606 members of the Senate who first served in the House did so with a break in between of up to 28 years (Georgia Democrat Thomas Watson).

And in which states has the U.S. House proved to be the best breeding ground for Senators?

With the election of Mazie Hirono in Hawaii, the Aloha State leads the way with two-thirds of its U.S. Senators since statehood first serving in the House (four of six).

None of Alaska’s seven Senators first served in the House, with just 8.1 percent from Oregon, 14.3 percent Wyoming, 14.7 percent from Florida, and 16.2 percent from Nebraska.

No doubt several current or former U.S. House members will eye many of the 34 Senate seats to be contested in 2014, but keep a particular eye on open seat races.

For all six of the House members elected to the Senate in 2012 did so without facing an incumbent Senator on the ballot – and five of the seven who lost did.

Percentage of U.S. Senators Who Were First Elected to the U.S. House by State

Table includes Senators who were elected and appointed to the office, including the first two senators elected at statehood. Data compiled by Smart Politics.