What rules could be introduced in the Senate to ensure the filibuster is no longer a ‘strategy for hijacking’ the chamber and ‘demoralizing the country?’ 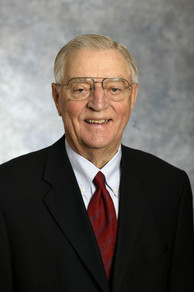 At an event at the University of Minnesota’s Humphrey School of Public Affairs Tuesday (“Restoring Congress: Time to Fix the Filibuster”), former Vice President Walter Mondale spoke on the pressing need for filibuster reform.

Lamenting how very little legislation can get through the chamber these days, the low number of hours Senators spend deliberating and debating, and the increasing frequency with which the use or threat of use of the filibuster is occurring, Mondale concludes that the filibuster is “paralyzing this country.”

Calling the filibuster a “strategy for hijacking – that’s all it is” (quoting the late Louisiana Democrat Russell Long), Mondale relayed a colorful history of the parliamentary maneuver in the Senate with stories that referenced the likes of former colleagues Mike Mansfield (D-MT), Jim Allen (D-AL), Strom Thurmond (R-SC), and Everett Dirksen (R-IL).

Mondale offered the following recommendations to limit what he views as the deleterious impact of the filibuster in the chamber today:

1) Reduce the number of votes required to invoke cloture from three-fifths of the body overall (usually 60 members) to 60 percent of those present and voting, presuming there is a quorum.

2) Reduce the number of votes required to invoke cloture from 60 to 55.

Mondale added that he does not want to eliminate the filibuster and simply become a majority-rule institution like the House where deliberation is even more scarce. The former Vice President thinks 60 is too high in the quest to find the magic number that strikes the proper balance between the institution’s power to deliberate and the power to paralyze.

The two-track filibuster system was implemented under the leadership of Robert Byrd to “reduce the bite of filibuster” whereby the regular business of the Senate is allowed to continue without the filibuster taking place – though the measure being filibustered was still held up.

This would bring back the ‘talking filibuster’ so that those who are holding up legislation are forced to show up and “tell us why they are paralyzing the country.”

By returning to the single-track system, “Everything stops. And they’ll have to be on the floor, making those arguments or making the motions, voting on cloture petitions, building up public knowledge of what they’re up to.”

4) Eliminate the filibuster (or threat of a filibuster) on motions to proceed, which, under current rules, impede the chamber from debating the legislation or a nomination.

As to how these filibuster rules could be implemented, Mondale states it has to be done at the beginning of the Congress – with a majority vote – otherwise, if advanced later in the term, a higher (filibuster-proof) threshold would be required to change the filibuster rules.

For all his serious recommendations, Mondale joked, “You know, this is basically not interesting stuff – but it’s life and death down there!”

Mondale concluded, “I think it’s demoralizing the country and it encourages immature behavior.”