Only 1 of 25 New Jersey U.S. Senate incumbents have lost their renomination bids since the state’s first direct election in 1916 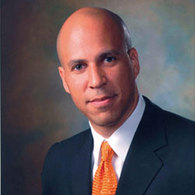 While it has been the Republican Party that has been producing high-profile intraparty battles involving seasoned U.S. Senate incumbents in recent election cycles – such as Dick Lugar (Indiana) and Bob Bennett (Utah) – the Democratic Party might be hosting an interesting Senate primary in its own right in 2014.

On Thursday, Newark Mayor Cory Booker announced he would not be challenging Republican Governor Chris Christie in 2013 but would instead explore a run for the state’s U.S. Senate seat to be held one year later.

That seat is currently held by Democrat Frank Lautenberg who would be 90 years old on Election Day 2014, but has not yet given any clear indication that he will retire.

And so, while many of the successful primary challenges on the GOP side of the aisle have been based on ideological campaigns, for Booker it appears to be due to political timing.

For Booker, now may be the best opportunity to upgrade his political resume – and attempt to politically cash in on his ‘rising star’ status within the party that he has built through frequent guest appearances on Real Time with Bill Maher in recent years and a rousing speech at the 2012 Democratic National Convention.

However, in order to make it onto the general election ballot it appears – for the moment – Booker will need to defeat Lautenberg first.

Not only is Lautenberg well-positioned financially to put up a strong fight against any potential Democratic challenger, but Booker would be trying to accomplish something that has been a rarity in New Jersey politics.

A Smart Politics analysis of New Jersey election data finds that 24 of the 25 New Jersey U.S. Senate incumbents who ran for reelection have won their party’s nomination since the state’s first direct election in 1916. 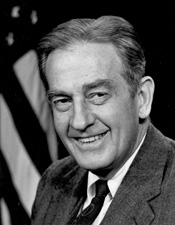 Over the past 96 years, the only incumbent Senator to get upended in a Garden State primary was four-term Republican Clifford Case in 1978.

In 1978, however, Case was narrowly defeated in the Republican primary by Jeffrey Bell, a Reaganesque conservative. (Bell would go on to lose in the general election to Democrat Bill Bradley).

During the other 24 cycles in which an incumbent from New Jersey ran for reelection, the Senator won their party’s nomination – including all 13 Democrats since 1916.

Not every incumbent ran for reelection, of course, with a few recent New Jersey Senators resigning or retiring due to scandal:

· Three Senators resigned to take another office: Democrats Arthur Moore (1938) and Jon Corzine (2006) resigned to become governor while Republican Walter Edge (1929) left in the middle of his second term to become U.S. Ambassador to France under Herbert Hoover.

· Another Senator resigned in a high-profile scandal: four-term Democrat Pete Williams (1982) was convicted in the FBI ABSCAM sting operation and resigned his seat near the end of his term before the Senate’s vote to expel him took place.

· Democrat Robert Torricelli (2002), meanwhile, withdrew from his reelection race after winning his party’s nomination when a campaign finance scandal shattered his prospects of victory. He withdrew from the race just over a month before Election Day and retired at the end of the term.