One state delegation has more experience in the Senate than 37 other U.S. Senators combined 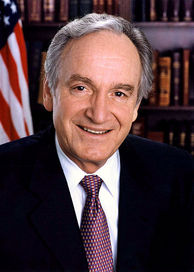 With a dozen Senators out the door and replaced due to retirements and defeat in the 2012 election cycle and two more new faces in the Senate due to the resignation of Jim DeMint and the death of Daniel Inouye, there has been a shake up in the leader board of the most seasoned state delegations in the nation’s upper legislative chamber.

In a matter of a few weeks, Hawaii’s delegation dropped from the longest-serving in the nation with over 72 years of experience between Inouye and Daniel Akaka all the way down to #50 – with just 18 days of collective Senate service as of Monday between newly-elected Mazie Hirono and the appointed Brian Schatz.

Rising to #1 is the Iowa delegation of Chuck Grassley and Tom Harkin, who now have the most collective days of Senate service under their belts at 21,925 collectively, or 60.1 years.

Smart Politics recently profiled Grassley and Harkin, who just reached the #5 all-time mark for the longest consecutive service in the Senate for a state delegation duo of 28+ years.

In addition to Hawaii, two other states fell out of the Top 10 since the convening of the 112th Congress two years ago:

· Indiana: Falling from #3 to #34 after the primary defeat of long-serving Republican Richard Lugar.

· Arizona: Dropping from #5 to #17 with the retirement of Republican Jon Kyl.

Iowa is also the only Senate delegation in which both of its members have logged in at least 10,000 days of service with Grassley at 11,693 and Harkin at 10,232 through Monday.

Length of Service in the U.S. Senate by State Delegation