One of your ancestors might have been represented by James Joyce, John Milton, Thomas Eliot, or John Dryden on Capitol Hill 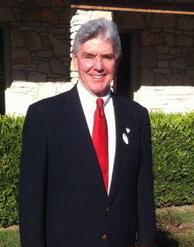 When Republican Roger Williams was sworn in to the U.S. House last week to represent Texas’ 25th Congressional District, his name was added to an ever-growing list of members of Congress who share something in common with some of the most famous writers in the history of the English-speaking world.

Nearly 400 years ago, London-born Roger Williams came to America, founded a colony in Providence, Rhode Island and wrote a number of books including A Key into the Language of America (1643).

But Representative Williams is not the only current member of the House with such ‘ties’ to literary figures of yore.

In fact, he’s not even the only one from Texas.

Samuel (“Sam”) Johnson is one of the oldest members of the 113th Congress and has represented the Lone State State’s 3rd Congressional District for 12 terms dating back to 1991.

The influential English writer Dr. Samuel Johnson died 146 years before Rep. Johnson was born in 1930, but left behind a legacy of writings including A Dictionary of the English Language (1755) and the poem The Vanity of Human Wishes (1749).

American writer James (Fenimore) Cooper authored the 19th Century masterpiece The Last of the Mohicans (1826) while Democrat James (“Jim”) Cooper has represented Tennessee’s 4th and 5th Districts over 12 terms in Congress in two stints since 1983.

Meanwhile, although Democrat Adam Smith of Washington is in his ninth term as U.S. Representative from the state’s 9th CD, he still lives in the shadow of his literary namesake – Adam Smith of 18th Century Scotland.

The latter Adam Smith was of course the author of the widely read economic treatise The Wealth of Nations (1776).

While the namesakes of Representatives Williams, Johnson, Cooper, and Smith can hold their own, several former members of Congress can be paired with even more famous literary figures.

When the allegorical The Crucible opened in 1953, Republican Arthur Miller of Nebraska was in the midst of an eight-term run in the U.S. House (1943-1959). 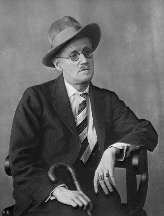 And five years prior to the publishing of James Joyce’s novel A Portrait of the Artist as a Young Man (1914), a (moderately young) man named James Joyce entered Congress as a Republican at the age of 38.

Englishman John Milton saw the publication of Paradise Lost in 1667, and the epic poem still is well known to this day.

By contrast, New Jersey Democrat John Milton served only 294 days in the U.S. Senate after being appointed in 1938 and then resumed his law practice and remained out of elected office (and public consciousness) for the rest of his life.

Another famous 17th Century English poet and playwright, John Dryden (Absalom and Achitophel), has a namesake in the Senate from the state of New Jersey: Republican John Dryden was elected to the chamber in 1902 and served for five years.

Turning from England to Scotland, and from the 17th to 18th Centuries, we find Robert Burns (“Auld Lang Syne”) – the most famous poet in Scottish history.

Not so famous was Robert Burns of New Hampshire who served just two terms in the U.S. House from 1833 to 1837 as a Jacksonian representing the state’s 2nd Congressional District. 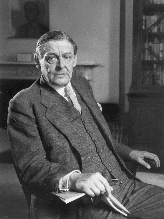 American (turned British) poet and playwright Thomas (T.S.) Eliot brought the world classics such as The Hollow Men, The Waste Land, and The Love Song of J. Alfred Prufrock.

The Midwest gave birth to two William Staffords – both of whom rose to some prominence in their respective careers.

The other, from Wisconsin, served 10 non-consecutive terms in the U.S. House from the Badger State’s 5th CD in Milwaukee.

Other notable literary/political namesakes include: