The party of retiring five-term U.S. Senators has held the seat 83 percent of the time in the next election since popular vote Senate contests began a century ago 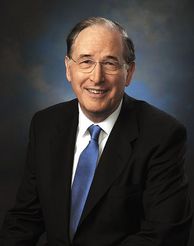 Jay Rockefeller’s announcement last week that he would retire at the end of the 113th Congress puts an open seat on the ballot in 2014 that has been under Democratic control since 1958.

Democrats are hoping West Virginia in 2014 resembles North Dakota in 2012 – with five-term Senators from their party retiring in red states.

In North Dakota’s open seat last November caused by the retirement of five-term Senator Kent Conrad, Democrat Heidi Heitkamp overcame a 19.6-point deficit by Barack Obama at the top of the ticket to eke out a 0.9-point win over favored Rick Berg in the deep red state that, like West Virginia, has nonetheless generally been dominated by Democrats in its U.S. Senate delegation for decades.

But can Democrats hope for the same in 2014?

Or do voters get a 30-year itch when five-term Senators leave office and vote in a new party?

A Smart Politics review of U.S. Senate election data finds that the open seats of retiring five-term Senators have been held by the Senator’s party in 83 percent of subsequent elections during the direct election era (10 of 12 contests).

Smart Politics examined the pool of the 12 U.S. Senators in the 20th and 21st Centuries who were elected by popular vote to the Senate in five consecutive contests before retiring like Rockefeller will in January 2015.

Ten of these subsequent elections saw the same party retain control of the seat the next time it came up at the ballot box (via special or general election).

In seven of these elections, the exiting Senators were elected and served out five full terms, with the same party holding the seat six times:

In five elections, the exiting Senators served out their terms before retirement but won one of their five terms via special election and as such did not serve a full 30 years. The Senator’s party held the seat four times:

Another eight elections followed the death or resignation of five-term Senators who did not serve out all of their final term.

The Senator’s party won the seat in six such contests the next time it was on the ballot:

· 1944, Oregon: After the death of Republican Charles McNary in 1944, Republican Guy Cordon (who had also been appointed to the seat) won a special election that November.

· 1946, California: After the death of Republican Hiram Johnson in 1945, Republican William Knowland (who had also been appointed to the seat) won a special election in 1946 to finish the term.

· 1946, Virginia: After the death of Democrat Carter Glass in 1946 – and the subsequent appointment of Democrat Thomas Burch – Democrat A. Willis Robertson won a special election to the seat in November of that year.

· 1952, Michigan: After the death of Republican Arthur Vandenburg in 1951 – and the subsequent appointment of Democrat Blair Moody – Republican Charles Potter won the special election in 1952 to finish the term.

· 1964, New Mexico: After the death of Democrat Dennis Chavez in 1962, Republican Edwin Mechem appointed himself to the seat but Democrat Joseph Montoya won the special election in 1964 to finish Chavez’s term.

· 1962, New Hampshire: After the death of Republican Styles Bridges in 1961 – and subsequent appointment of Republican Maurice Murphy – Democrat Thomas McIntyre was elected to finish the term in 1962.

· 1996, Kansas: After Bob Dole resigned in June 1996 to focus on his presidential campaign – and the subsequent appointment of GOPer Sheila Frahm – Republican Sam Brownback won a special election that November to finish Dole’s term.

· 1996, Oregon: After the resignation of Republican Bob Packwood in 1995 facing expulsion by the Senate, Democrat Ron Wyden won a special election 1996 to finish his term.

Other U.S. Senators in their fifth term who are up for reelection in 2014 are Iowa Democrat Tom Harkin, Kentucky Republican Mitch McConnell, and Massachusetts Democrat John Kerry, who is expected to retire to become the next Secretary of State sometime early this year.

New Jersey Democrat Frank Lautenberg, whose seat is also up in 2014, has served five non-consecutive terms.