The last time a former governor of the Palmetto State won a U.S. House contest was a decade before the Civil War (William Aiken) 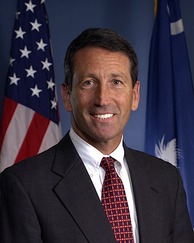 Scott represented the state’s 1st CD in the 112th Congress and was reelected in November before being appointed by Governor Nikki Haley to the U.S. Senate seat vacated by Jim DeMint who abruptly resigned in December.

Much has been written about Sanford’s strange affair while governing in Columbia, the botched cover-up, and his refusal to resign from office despite pressure from both sides of the political spectrum.

As a result, despite strong name recognition, Sanford is far from a shoo-in at this point to win the GOP primary in mid-March.

But if he does, and wins the general election in May to return to D.C., Sanford will have accomplished a rare feat in South Carolina politics.

A Smart Politics review of South Carolina electoral history finds that only five ex-governors have been elected to the U.S. House in state history, and none since the 1850s.

Since colonial times, the Palmetto State has had more than 80 different men and women hold the office of governor.

A total of 18 individuals have served both as governor and as a U.S. Representative, although 13 of these did so climbing up the political pecking order – from the U.S. House to the governor’s mansion: 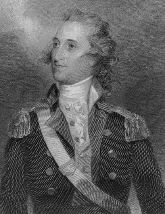 The first ex-governor from South Carolina to win a seat in the U.S. House of Representatives was Federalist Thomas Pinckney.

Less than a decade after serving in the Continental Army, Pinckney was elected governor of South Carolina and served from 1787 to 1789.

After a stint in the South Carolina State House and serving more than four years as U.S. Minister to Great Britain, Pinckney was elected as a Federalist to the state’s 1st CD and served two terms from 1797 to 1801.

English-born Henry Middleton served in the South Carolina legislature for eight years before becoming governor from 1810 to 1812.

Middleton was elected as a Democratic Republican and served two terms from 1815 to 1819.

The next governor in question was Jacksonian Richard Manning, who served in the state house and senate before becoming governor from 1824 to 1826.

A few cycles after a failed congressional bid, Manning won a special election in the state’s 7th CD and was then reelected to a second term and served in Congress from 1834 to 1836. 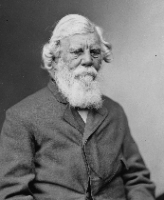 The last ex-governor to be elected to the U.S. House was Democrat William Aiken – an opponent of the state’s secession in 1860.

Aiken served in the state house and senate for six years before becoming governor from 1844 to 1846.

Aiken was later elected to the 39th Congress but was denied credentials by the Republicans in 1867 and was never seated.

If his congressional campaign is successful, Mark Sanford would be the first South Carolinian to get elected to the U.S. House, then serve as governor, and then get elected back to the House once again.