Eight U.S. House delegations boast an all homegrown membership, led by Iowa and Mississippi; five delegations come in at 25 percent or less including Virginia and Minnesota 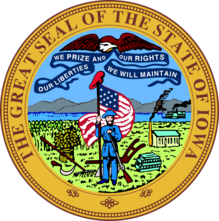 The convening of the 113th Congress this month saw new state delegations to the House of Representatives descend upon D.C. reflecting reapportionment and the population changes that have taken place over the last decade.

However, when looking at the birth states of those currently serving in the nation’s lower legislative chamber, there is an ever greater shift in numbers.

In fact, three states are not even represented at all.

A Smart Politics analysis finds that five-eighths of U.S. Representatives currently serving in the House represent districts in their birth state – 270 of 433 non-vacant seats, or 62.4 percent – with three-eighths born elsewhere (163, 37.6 percent).

Members of eight U.S. House delegations were all born in the states from which they currently serve.

Iowa and Mississippi have the largest such delegations at four members each. 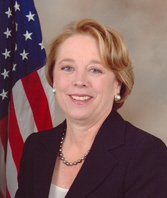 The only member of the Massachusetts delegation not born in the Bay State is Democrat Niki Tsongas (California).

Republican Jim Sensenbrenner is the lone member of the Wisconsin delegation not born in the Badger State (Illinois).

On the other side of the spectrum, there are three states with at-large members born outside of the states they represent: Alaska’s Don Young (California), Montana’s Steve Daines (California), and Vermont’s Peter Welch (Massachusetts).

Meanwhile, the more heavily populated states of Virginia and Minnesota fail to eclipse the 25 percent mark.

In Virginia, just two of its 11 U.S. Representatives were born in the Old Dominion State (18.2 percent): Republicans Randy Forbes from the 4th CD and Majority Leader Eric Cantor from the 7th CD.

The only U.S. Representatives from Minnesota born in the Gopher State are Democrats Betty McCollum of the 4th CD and Rick Nolan of the 8th CD, or 25 percent of the eight-member delegation.

The other eight delegations with less than half of its U.S. Representatives born in the state they represent are Maryland at 37.5 percent, Oklahoma, Oregon, and Washington at 40.0 percent, Colorado at 42.9 percent, Arizona and Florida at 44.4 percent, and Illinois at 47.1 percent.

* Denotes a state with a vacancy. Data compiled by Smart Politics from information culled from the Biographical Directory of the United States Congress.

Despite the increased opportunities of mobility of the population over the decades, it is the younger U.S. Representatives serving in the 113th Congress who are most likely to represent a district in the state of their birth.

U.S. House Members Representing Districts in Their Birth State by Decade of Birth

Data compiled by Smart Politics from information culled from the Biographical Directory of the United States Congress.

And which states ‘export’ the most Representatives serving in the 113th Congress?

Although in a few years it will drop to fourth as the most populous state in the nation – with Florida passing it by – New York by far has exported the largest number of U.S. Representatives who serve in other states.

A total of 17 men and women were born in New York but currently serve districts outside of the Empire State – including notables such as former Democratic Majority Leader Steny Hoyer (MD-05), Florida firebrand Alan Grayson (FL-09), and DNC Chair Debbie Wasserman Schultz (FL-23).

No other state comes close – with Illinois next with 10, then California, Michigan, and Pennsylvania with nine, Texas with seven, Massachusetts with six, and Florida, Minnesota, and the District of Columbia with five.

When tallying up the number of representatives born in each state (homegrown and exported), the U.S. House delegation is still led by California, but with just 42 seats.

No U.S. House members in the 113th Congress were born in Alaska, Montana, or Vermont.

Data compiled by Smart Politics from information culled from the Biographical Directory of the United States Congress.

There were no significant differences between political parties with Democrats slightly more likely to represent a district in their birth state than Republicans.