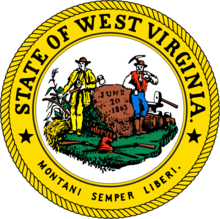 Although the state saw the defeat of a then 67 year-old 14-term congressmen during the 2010 cycle (Democrat Alan Mollohan), West Virginia nonetheless claims the title of the oldest multi-member U.S. House delegation in the country for the newly convened 113th Congress.

That 1st CD seat was captured by Republican David McKinley, who is only four years Mollohan’s junior, and is now 65 years old.

Add McKinley to GOPer Shelley Moore Capito from the 2nd CD (59 years old) and Democrat Nick Rahall from the 3rd CD (63) and the state delegation clocks in at an average age of 62 years.

Only the single-member states of Alaska (Don Young, 79) and Vermont (Peter Welch, 65) are older than the Mountain State delegation.

Just five other U.S. House delegations come in at a collective average age of 60 years or older: Oregon at 61, and Connecticut, Iowa, Michigan, and Texas at 60.

Even though Michigan’s 83-year old 18-term Democrat Dale Kildee was replaced by his 54-year old nephew Dan in the 2012 cycle after the elder Kildee’s retirement, the Wolverine State still cracks the Top Five due to long-serving representatives like John Dingell (age 86), John Conyers (83), and Sander Levin (81) – all born between 1926 and 1931.

No other Michigan Representative was born before 1951 with Republican maverick Justin Amash one of just six House members born in the 1980s.

Rounding out the Top 10 oldest delegations in the nation are California, New Jersey, and North Carolina with an average age of 59 years for each state’s respective representatives.

On the other side of the spectrum, Kansas Republicans Tim Huelskamp (44 years old), Lynn Jenkins (49), Kevin Yoder (37), and Mike Pompeo (49) comprise the youngest multi-member delegation in the House averaging just 44 years of age.

Kansas trails only the single-member state of South Dakota whose at-large U.S. Representative Kristi Noem is 41.

The other youngest House delegations in the country are Arkansas at 45 years, Oklahoma, Indiana, and Hawaii at 46, Nebraska at 48, Rhode Island at 49, and the single-member state of Montana at 50.

Overall, the average age of the 433 U.S. Representatives currently serving in the House is 57 years old.