More than one-third of deceased U.S. presidents died in June or July; none passed away in May 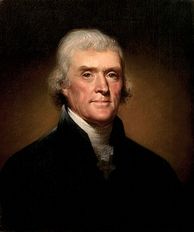 The recognition of George Washington’s birthday by the federal government (and Abraham Lincoln’s birthday by many state governments and the culture generally) highlights the month of February as the month in which the nation’s most famous presidents were born.

Only two presidents have died during the month of February: John Quincy Adams (February 23, 1848) and Woodrow Wilson (February 3, 1924).

The most common time of the year in which the 38 deceased presidents in U.S. history have passed away is the summer.

In fact, more than one-third of deceased presidents have died in the months of June and July – including 12 of the first 22 men to serve in the office.

Six presidents died in the month of June:

With seven more dying in July:

Though they are not the only pair of presidents to die on the same day of the year.

Millard Fillmore and William Taft both passed away on March 8th – in 1874 and 1930 respectively.

Meanwhile, Harry Truman and Gerald Ford both died the day after Christmas – on December 26th 1972 and 2006 respectively.

The only month in which no president has died is May.

· One in August: Warren Harding