With many Democratic retirements and the hope of the usual historical midterm bump for the party out of power in the White House, the Republican Party will make its fourth consecutive attempt to take back control of the U.S. Senate in 2014.

Expectations were high early in the last two cycles that the GOP would win the nation’s upper legislative chamber but a combination of weak general election candidates and stronger than expected opponents have left the Republicans short of their goal.

In order for the Republican Party to win the six seats necessary to take outright control of the chamber, it is likely they will need to finally put an end to some of the longest droughts the GOP is currently facing.

A Smart Politics review of U.S. Senate election history finds that Republicans have failed to win a Senate seat in six states across a quarter century or more – led by West Virginia at 57 years and counting – and have not won a seat in 11 or more years in another dozen states.

Of the remaining 19 states where the GOP does not hold any seats, the party has had an electoral drought lasting between three (Massachusetts, 2010) and 57 years (West Virginia).

In West Virginia, Democrats are hoping to stave off a loss in the increasingly Republican state (in federal elections) in the wake of five-term Senator Jay Rockefeller’s retirement.

A recent Smart Politics report found that the party of retiring five-term Senators has won 83 percent of the time across the country during the direct election era. 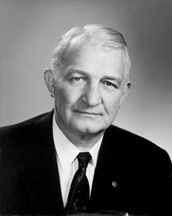 In 1958, Revercomb became the first of eight consecutive Republicans to lose to Robert Byrd (with the party not fielding any candidate against Byrd in 1976).

(Note: In 1958, Republican John Hoblitzell was appointed to the Senate after the death of Democrat Matthew Neely, but lost in a special election later that year to Democrat Jennings Randolph).

Also on the ballot in 2014 will be a special election in Hawaii and an open seat race in New Jersey – two other states where Republicans have failed to win in 40+ years.

It has been 43 years since Republicans last won a Senate contest in Hawaii (Hiram Fong, 1970) – dropping 15 straight contests ever since.

The GOP has also lost 13 consecutive races in New Jersey since Clifford Case’s victory in 1972. (Republican Nicholas Brady was appointed and served for a few months in 1982 after the resignation of convicted Democratic ABSCAM target Harrison Williams).

Frank Lautenberg’s retirement creates an open seat race in the state next year.

Other states where Republicans have not won a Senate contest in at least a quarter century are:

The recent announcement by Michigan’s Carl Levin that he will retire at the end of his term in 2014 would seemingly put the Wolverine State in play for the GOP.

Republican droughts are expected to continue in 2014 in most of the remaining states in the table below where the GOP hasn’t won in 10+ years.

* Republicans were appointed to the Senate in these states during the drought, but never elected. Data compiled by Smart Politics.