New Mexico’s races have been the most narrowly decided followed by Indiana and Ohio; Illinois captures top honors since the Reagan Revolution with Rhode Island the one to watch since the Republican Revolution 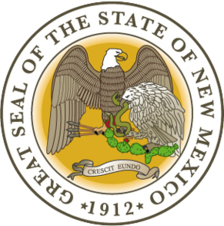 Gubernatorial races have certainly provided high drama across the nation over the last four years.

Three of these had a victory margin of less than one point: Connecticut, Illinois, and Minnesota.

The vote for governor in many of these states was narrower than had been seen for several decades:

Over the next 19+ months, 38 races for governor will be held in states across the country.

With the GOP dominating the political landscape and picking up several seats in the 2009-2010 cycles, the expectation is that if there is any movement it will be a pull-back with Democrats recapturing a few seats in 2013-2014.

At the very least, the Democratic Party is expected to be more competitive in many of these states that they lost over the last few years.

But which states have historically yielded the most competitive gubernatorial races over the decades?

And which states are providing the most nail-biters today?

A Smart Politics analysis of 1,829 gubernatorial elections since 1900 finds that New Mexico has consistently been the most competitive state across all measures with 80 percent of its contests decided by single digits and 44 percent decided by less than five points.

Since the turn of the 20th Century, the average victory margin in the more than 1,800 races for governor has been 20.8 points nationwide.

Slightly more than two in five races since 1900 yielded gubernatorial victories by single-digit margins (767, 41.9 percent) with nearly one in four determined by less than five points (425, 23.2 percent).

New Mexico sets the pace with its 39 gubernatorial elections decided by a nation-low average of 7.5 points.

Only three other states boast an average victory margin in single digits during this 110+ year span: Indiana at 9.3 points, Ohio at 9.8 points, and Alaska at 9.9 points.

Of these Top 10 states, New Jersey will hold its next election this November with Alaska, Connecticut, Hawaii, Illinois, New Mexico, and Ohio doing so in 2014. 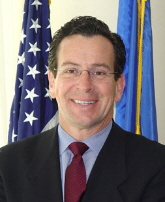 Despite the aforementioned razor-thin margins in Connecticut (0.6 points) and Illinois (0.9 points) the last time around, only Ohio is currently garnering significant attention among these traditionally competitive states with incumbents expected to hold in the others.

In 2010, Dan Malloy’s win in Connecticut over Tom Foley was the second closest race in the nation behind Minnesota and the Nutmeg State’s narrowest gubernatorial victory margin in 56 years when Democrat Abraham Ribicoff knocked off GOP incumbent John Davis Lodge by 0.3-points in 1954.

Overall, 31 of New Mexico’s 39 gubernatorial races since its first contest in 1911 have been decided by less than 10 points, or 79.5 percent – including Republican Susana Martinez’s 6.7-point victory in 2010 over Diane Denish.

An astounding 17 of these races (43.6 percent) were decided by less than five points.

The Land of Enchantment boasts the narrowest average margin of victory across the nation since 1900 (7.5 points), since the end of World War II (8.2 points) and since the mid-1960s (8.7 points).

Former Democratic Governor Bill Richardson’s decisive 16.4-point and 37.6-point wins in 2002 and 2006 belie New Mexico’s recent competitive history: 11 of its last 13 races for governor have been decided by single digits since 1966.

Missouri and Montana have provided the next highest rate of close calls with 12 races each decided by less than five points (41.4 percent) across 29 elections since 1900.

Margin of Victory in Gubernatorial Races Since 1900 by State 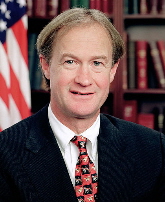 One state to watch in the 2014 cycle is Rhode Island – where Lincoln Chafee narrowly won by 2.5 points as an independent in 2010, but may file as a Democrat this cycle.

Rhode Island has the current longest streak of gubernatorial races decided by single digits at five consecutive cycles – with an average victory margin of just 5.3-points since 1994.

That is the most competitive margin across any state since the Republican Revolution.

If Chafee opts to run as a Democrat and wins the nomination, his path to victory might be easier in this blue state than by splitting the electorate into three slices as he did in 2010 when he ran outside the two-party system.

The three bordering Upper Midwestern states of Iowa, Minnesota, and Wisconsin (none currently projected to offer close-calls in 2014) are next with single-digit spreads in four straight elections.

Maine, Oregon, and Washington have three followed by Florida with two.

Florida’s 2010 race between Republican Rick Scott and Democrat Alex Sink was the second closest in state history at 1.2 points – behind only the 1.0-point victory in 1876 by Democrat George Drew over GOPer Marcellus Stearns.

Over the last 30+ years since the Reagan Revolution of 1980, Illinois can claim the lowest average margin of victory at 8.4 points with five races in single digits and two decided by less than a point.

Illinois is also one of just three states during this span with half of its contests determined by less than five points (along with Minnesota and New Jersey).

Interestingly, New Mexico is tied for the highest rate of single-digit victory margins in gubernatorial races during this 30+ year span at 75 percent (along with Iowa, Oregon, and Maine) but is one of only three states without a single contest decided by less than five points (along with Delaware and North Dakota).

Margin of Victory in Gubernatorial Races Since 1980 by State