Twenty-three GOPers have been listed as 2016 contenders across a dozen media outlets; only two candidates appear on all 12 lists (Rubio and Christie) 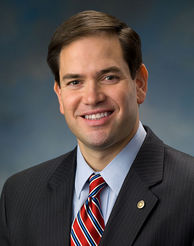 Rand Paul may have won CPAC’s straw poll a week ago, but the Kentucky U.S. Senator still has a bit of work to do to convince the media he is a top flight 2016 presidential contender.

To the collective groans of some politically weary news consumers, but to the delight of many others, 2016 media coverage was thrust into at least second gear as soon as the Election Day returns came in last November.

Over the subsequent 4+ months, several news outlets began to run stories featuring lists of 2016 “power rankings” or the “top tier” for the presidency as they paint the political landscape almost four years away from the next billion dollar campaign.

At the Washington Post, The Fix recently combined two of its loves – politics and sports – by seeding 16 candidates from the Republican and Democratic fields in a 2016 bracket competition with a nod to the popular NCAA basketball tournament.

So who are the media’s consensus picks in the Republican field at this stage of the cycle – when no major candidate has yet filed his FEC paperwork?

Smart Politics examined the rankings of the 2016 Republican presidential field across a dozen media outlets in reports published over the four-plus months since the 2012 election and finds that only two of the 23 candidates named appear on every list: Marco Rubio and Chris Christie.

(Note: Most of the outlets listed above also ranked the potential 2016 contenders. For those that did not provide a numerical ranking, rankings were assigned based on the order in which the potential nominees were listed, provided they were not ordered alphabetically).

Of the 23 Republicans named on these various 2016 lists, Florida U.S. Senator Marco Rubio and New Jersey Governor Chris Christie are regarded as the candidates to watch, appearing on all 12 lists.

Rubio, who finished a close second to Rand Paul in the CPAC poll, topped the lists in five outlets (The Blaze, CBS, The Fix, Prez16, The Run 2016) with Christie first in two (International Business Times and National Journal).

Wisconsin congressman and 2012 VP nominee Paul Ryan was listed first in twice as many outlets as Christie with four (Cox Media, Human Events, Policy Mic, U.S. News and World Report) with Jeb Bush first in one (The Atlantic).

As a result, Ryan had an overall higher weighted ranking than Christie (see below) – even though he was seeded 6th by The Fix in the Republican bracket, ranked #5 by National Journal, and listed only “on the bubble” by Prez16.

Overall, however, Ryan was the third most frequently mentioned 2016 GOP candidate, appearing on the lists of 11 outlets (omitted only by The Atlantic) with Bush listed by 10 (unmentioned by International Business Times and U.S. News & World Report).

Senator Rubio also boasted the overall highest weighted ranking among the 23 potential candidates with an average rank score of 2.4.

Among those Republicans appearing on at least half of the lists under analysis, Paul Ryan was second with an average ranking of 2.6 followed by Chris Christie at 3.4, Jeb Bush at 3.6, Bobby Jindal at 5.6, Bob McDonnell at 5.8, Rand Paul at 6.3, Rick Santorum at 7.1, and Mike Pence at 9.5.

The number of candidates listed across these dozen media outlets range from a low of three to a high of 16, with an average of nine.

Smart Politics will break down the media’s 2016 Democratic field rankings in tomorrow’s report.