The former U.S. Representative seeks to become the first Georgia Republican to return to the U.S. House after a gap in service and just the second from any party in the state since the end of World War II 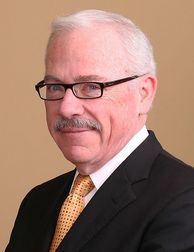 Barr, a former four-term Congressman (and 2008 Libertarian Presidential nominee), exited Congress over 10 years ago after losing the 2002 GOP nomination when redistricting pitted him against Rep. John Linder in a map much more friendly to his opponent.

In addition to his presidential campaign, Barr is perhaps best known as one of the most outspoken conservatives in the House during the late 1990s and one of the House managers in the impeachment proceedings against Bill Clinton.

And now, back in the Republican fold after his six-year dalliance with the Libertarians, Barr will attempt a return to Congress from the Peach State – something very few members have accomplished over the last century.

A Smart Politics analysis finds that of the 279 men and women who have served in the House of Representatives since statehood, 25 had interrupted periods of service, but just five since 1900 and one since the end of World War II.

Even putting redistricting explanations aside, the fact that Barr lost his 2002 House campaign is not unusual on its face in the history of Georgia politics.

Of the 100+ Georgians who formerly served in the U.S. House during the 20th and 21st Centuries, nearly the same number eventually lost their seat in the primary or general election (43, 39.4 percent) as those who left on their own terms via retirement or seeking another office (45, 41.3 percent).

An additional 15 Georgians died in office (13.8 percent), five more resigned (4.6 percent), and one incumbent, Newt Gingrich, was elected but did not take his seat (0.9 percent).

Reason for Georgians Exiting the U.S. House Since 1900

Overall, 25 of the 279 men and women who have represented Georgia in the U.S. House since statehood did so with nonconsecutive periods of service, or 9 percent.

However, only five of these returned to Congress after a gap in service in the 20th or 21st Centuries, and just one since the end of World War II:

Overstreet would serve three terms during his second stint but lost his party’s nomination in 1922.

After three cycles out of office he was elected to Congress once again in 1924 and served until his death in 1931.

After losing his renomination bid in 1934, Wood was out of Congress for 10 years before returning for four terms in 1945. Wood retired from Congress and did not seek his party’s nomination in 1952.

After two years out of office, McKinney was elected again in 2004, but lost the Democratic nomination for her congressional district for the second time in three years in 2006. Like Barr, McKinney also sought the presidency on a third party ticket in 2008 (Green).

An additional 20 Georgians served nonconsecutive stints in the House during the 18th and 19th Centuries including notables such as:

Milledge and Gilmer are two of the three Georgians whose tenure in the House was broken up into three periods.

Among those 25 members who did successfully return to the U.S. House from Georgia over the last 220 years, few waited as long as Bob Barr.

Overall, the average gap between periods of service in the nation’s lower legislative chamber from these two-dozen plus Georgians is 6.8 years.

If Barr is elected in 2014, he will have recorded a 12-year absence from the House.

Barr is perhaps counting on his newfound Libertarian roots to rebrand himself to Republicans as a conservative who truly believes in less government intervention in people’s lives.

No doubt the phones will soon be ringing at Rand Paul’s headquarters in hopes of an endorsement.

Georgia U.S. Representatives with Gaps in Service to the U.S. House

Data compiled by Smart Politics with information provided in the Biographical Directory of the United States Congress.