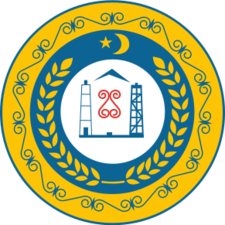 As the investigation of the Boston bombings unfolds, linkages are continued to be explored between the Tsarnaev brothers and Chechen Islamic extremists.

On Sunday, Republican House Homeland Security Committee Chair Mike McCaul of Texas stated that rebels from that region are “some of the fiercest jihadist warriors” in the world.

It is as of yet unclear to what extent either of the ethnically Chechen Tsarnaev brothers may have received training from radicalized Islamists in that region of the world.

But although security experts and officeholders like McCaul are now making bold statements about the dangers of terrorists from Chechnya, the White House has been publicly silent on the region for years.

A Smart Politics study of presidential statements and speeches finds that Barack Obama never mentioned Chechnya prior to the Boston bombings, with the last time any president mentioning the region coming in November 2005.

Bill Clinton, whose administration overlapped both Chechen wars in the mid- and late-1990s and into the 21st Century, mentioned Chechnya 74 times as president across 42 different public speeches and written statements.

The first time the issue of Chechnya was brought before the president in a public setting was on December 11, 1994 at a news conference.

When asked for his reaction about the Russians moving into Chechnya, Clinton replied in part:

“It is an internal Russian affair, and we hope that order can be restored with a minimum amount of bloodshed and violence.” – The President’s News Conference in Miami, December 11, 1994

As the first Chechen war continued into January 1995, however, Clinton’s reaction to Russian aggression in the region transformed into a balancing act between acknowledging and supporting the “territorial integrity” of Russia but insisting that the violence must end.

By March of that year, Clinton took action to support the subsequent Chechen refugee crisis, and wrote a Memorandum to the Secretary of State directing:

When the second Chechen war began at the close of the decade, Clinton acknowledged Chechnya was an “explosive part of the world” (October 28, 1999) and home to a “cruel cycle of violence” (November 8, 1999).

President Clinton was sympathetic for the need of Russia to rid Chechnya of its terrorists, but quickly assessed on multiple occasions that its campaign of aggressive force and mounting civilian casualties might be counterproductive:

“The first thing I would like to say is that most of the critics of Russian policies deplore Chechen violence and terrorism and extremism, and support the objectives of Russia to preserve its territorial integrity and to put down the violence and the terrorism. What they fear is that the means Russia has chosen will undermine its ends, that if attacks on civilians continue, the extremism Russia is trying to combat will only intensify, and the sovereignty Russia rightly is defending will be more and more rejected by ordinary Chechens who are not part of the terror or the resistance.” – Remarks at the Opening of the Organization for Security and Cooperation in Europe Summit in Istanbul, November 18, 1999

“The whole world is also concerned about the plight of innocent people in Chechnya. Two weeks ago, at the OSCE summit in Turkey, I raised the issue directly with President Yeltsin. The people of Chechnya are in a terrible position, beleaguered by paramilitary groups and terrorists on the one hand and the Russian offensive on the other. I made clear that Russia’s fight against terrorism is right, but the methods being used in Chechnya are wrong. And I am convinced they are counterproductive.” – Remarks on Presenting the Eleanor Roosevelt Award for Human Rights, December 6, 1999

By 2000, Clinton’s critique of Russia’s policy in Chechnya became quite blunt, calling it a “cruel and self-defeating war.” (January 27, 2000)

At a news conference in Moscow, Clinton stated:

“The President and I also discussed another area where we disagree, Chechnya. I have restated the opposition that I have to a policy which is well-known. Essentially, I believe a policy that causes so many civilian casualties without a political solution ultimately cannot succeed.” – The President’s News Conference With President Vladimir Putin of Russia in Moscow, June 4, 2000

George W. Bush discussed Chechnya 23 times while in office, and at times offered public solidarity with Vladimir Putin in their respective wars on terrorism.

The 9/11 attacks in America coincided with a period of high profile Chechen terrorist activity, such as the 2002 Moscow Theater hostage crisis and the 2004 Beslan school hostage crisis, each of which ended with the deaths of hundreds of civilians.

President Bush continued to emphasize the radicalization of the region in his public comments about Chechnya:

“To the extent that there are terrorists in Chechnya, Arab terrorists associated with the Al Qaida organization, I believe they ought to be brought to justice; as you heard me say, that our initial phase of the war on terrorism is against the Al Qaida organization. And we do believe there are some Al Qaida folks in Chechnya.” – Remarks Prior to Discussions With Muslim Community Leaders and an Exchange With Reporters, September 26, 2001

“I believe Chechnya can–I hope that Chechnya can be solved peacefully, that there’s ways to discuss the political dialog in such a way that this issue can be solved peacefully. Thirdly, to the extent that there are Al Qaida members infiltrating Russia, they need to be dealt with; they need to be brought to justice. And I– you know, when Usama, praising these– the Muslim attacks in Chechnya, it’s clear that there is an Al Qaida interest.” – Interview With European Journalists, November 18, 2002

“Russia and the United States are allies in the war on terror. Both of our nations have suffered at the hands of terrorists, and both of our Governments are taking actions to stop them. No cause justifies terror. Terrorists must be opposed wherever they spread chaos and destruction, including Chechnya.” – The President’s News Conference With President Vladimir Putin of Russia at Camp David, Maryland, September 27, 2003

President Bush also listed Chechnya alongside countries like Pakistan and Somalia, when delineating regions with ties to Al Qaida in a speech he gave on several occasions in the fall of 2005 that included the following passage:

“Other militants are found in regional groups, often associated with Al Qaida, paramilitary insurgencies and separatist movements in places like Somalia and the Philippines and Pakistan and Chechnya and Kashmir and Algeria.”

A November 11, 2005 speech delivered by Bush on the war on terror in Tobyhanna, Pennsylvania in which the president recited the above passage was the last time Chechnya was mentioned in public by a U.S. president prior to the Boston bombings.

A recent Smart Politics report found Barack Obama had discussed terrorism 1,469 times in 530 different remarks and written documents, but never once did he mention Chechnya – with regard to terrorism or otherwise – during his presidency.

Depending on what is unearthed by ongoing FBI investigation of the Tsarnaev brothers, and how close any linkages are made to Chechen jihadists, one would expect Chechnya to be mentioned in the near future by President Obama in his future discussions of terrorism.