Kansas, Idaho, Utah, and Wyoming claim seven of the Top 10 spots on the list 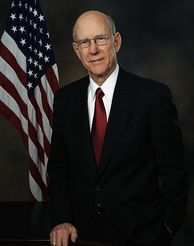 While Republicans have an opportunity to pick up the second longest held Democratic U.S. Senate seat in 2014 with the retirement of Montana’s Max Baucus, the prospects of the GOP losing any of their gold-rated seats this cycle remains extremely slim.

Five of the Top 10 longest currently held GOP seats will be on the ballot in November 2014 – in Kansas, Idaho, Texas, Wyoming, and South Carolina – and have collectively been in the Republican column for 306 consecutive years.

A Smart Politics analysis finds that Republicans have held Kansas’ two Senate seats for a longer stretch than any of the 45 seats the party controls in the 113th Congress, with its Class II seat remaining in the GOP column for 94 years, 1 month, and 25 days and its Class III seat coming in at 74 years, 3 months, and 26 days.

Pat Roberts, who will seek a fourth term from the Sunflower State in 2014, is one of five Republican Senators who have held Kansas’ Class II seat across the last 94+ years dating back to March 1919.

In the Election of 1918, Kansas Governor Arthur Capper defeated one-term Democratic Senator William Thompson and reclaimed the seat for the GOP on March 4, 1919.

(Thompson and John Martin, who served in the 1890s, are the only two Democrats to hold this Kansas seat – for a combined eight years across the 152 years since statehood in 1861).

Kansas has two of the six seats in the U.S. Senate that have been under GOP control since prior to the passage of the Civil Rights Act in July 1964, along with seats in Idaho, Utah, Texas, and Wyoming. 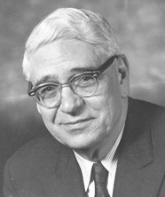 Idaho’s Class II seat, currently occupied by Jim Risch, has been held by Republicans ever since Henry Dworshak began his second stint in the chamber in October 1949.

Dworshak had won a special election in 1946 to fill the vacancy caused by the death of Senator John Thomas, but then lost the 1948 general election by approximately 3,100 votes to Democrat Bert Miller.

However, Miller, a former State Attorney General and State Supreme Court justice, died after just nine months in office and Dworshak was appointed back to the seat on October 14, 1949.

Utah won’t have a Senate race on the ballot in 2014, but, like Kansas, the state also holds two spots on the Top 10 list of the longest-held Republican seats.

In the Election of 1950, three-term Democrat Elbert Thomas, one of only two Democrats to hold the seat in state history, was defeated by Wallace Bennett who went on to serve in the chamber until December 1974.

Utah’s other Senate seat is tied for #10 on the GOP list with Orrin Hatch holding it for the Republicans since January 1977.

It should be noted that the one seat Republicans are perhaps most fearful of losing in 2014 is the seat they have held for the shortest period of the 14 on the ballot.

Retiring Georgia Republican Saxby Chambliss’ Class II seat has been in the GOP column since January 2003.