No ex- or sitting Montana governor has ever gone on to win a U.S. Senate (or U.S. House) race 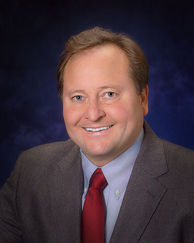 All served as governor before winning their U.S. Senate seats.

But not all governors have been successful in winning Senate seats in recent years.

But in Montana, Democrats are pinning their hopes on former two-term Governor Brian Schweitzer to take the plunge in what the party views as their best chance to hold Max Baucus’ seat that has been in the Democratic column since 1913.

Schweitzer, of course, ran for the Senate once as the Democratic nominee in 2000 – losing to then two-term GOP incumbent Conrad Burns by less than 13,700 votes.

A new survey by Harper Polling was released this week showing Schweitzer, who says he won’t decde if he’ll enter the race until at least May 2nd, with a modest advantage over top GOP prospects like U.S. Representative Steve Daines and former Governor Marc Racicot.

But here’s the thing.

Not a single ex- or sitting Montana Governor has ever been elected to D.C. – to the House or the Senate.

A few Montanans have taken the reverse path – going from D.C. to Helena.

For example, Republican Joseph Dixon twice won election to the state’s at-large U.S. House seat in 1902 and 1904 and was then elected to the Senate in 1906.

As an incumbent in 1912, Dixon lost the state’s first popular vote Senate election to Democrat Thomas Walsh with 32.1 percent of the vote while running as a Progressive.

Dixon was elected governor of Montana eight years later in 1920, lost his reelection bid in 1924, and then failed in his challenge of Democratic U.S. Senate incumbent Burton Wheeler in 1928.

Democrat Roy Ayers also was victorious in two elections to the U.S. House before becoming governor – representing the state’s 2nd congressional district after winning the Elections of 1932 and 1934. 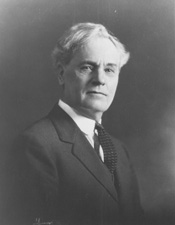 The one and only Montana Governor who later became a U.S. Senator was John Erickson, although he was never elected to the position.

In fact, he had to (in effect) appoint himself to get the job.

When four-term Democratic U.S. Senator Thomas Walsh died in March 1933, Erickson quickly appointed himself to the seat and resigned his governor’s post.

Erickson would serve in the position for nearly a year and a half until November 1934, but lost a competitive six-candidate race for the Democratic nomination – coming in a close third behind James Murray with just over one-fifth of the vote.

And with that, Erickson’s Senate career came to a close.

The only other Montana governor to run for Senate was Republican Tim Babcock in 1966.

Lieutenant Governor Babcock became governor when the state’s 15th Governor, Donald Nutter, was killed in an airplane crash in January 1962.

Two years later Babcock was elected to a full term with a 2.6-point victory over Democrat Roland Renne in 1964.

However, halfway into his four-year term, Babcock decided to challenge one-term incumbent Lee Metcalf in the 1966 U.S. Senate race.

Metcalf defeated Governor Babcock by 6.3 points, and Babcock was rewarded by losing his gubernatorial reelection bid in 1968 by 12.2 points to Democrat Forrest Anderson.