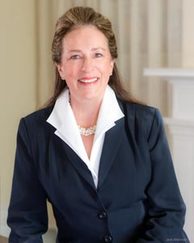 If Elizabeth Colbert Busch defeats Mark Sanford in South Carolina’s 1st CD special election next Tuesday, she will become the sixth woman in history to win a U.S. House seat from the Palmetto State – and the first in more than two decades.

These previous five South Carolinians won a total of seven House elections in the state across more than 300 such contests that have been conducted since the first woman was elected to the House in 1916 (Jeannette Rankin of Montana).

But although a Colbert Busch victory would be similar to many of her predecessors in that four of them also won special elections, her win would be particularly notable because it would make her the first woman from South Carolina to win a seat in Congress without any political ties by marriage or birth.

Each of the first four South Carolina women to win U.S. House seats did so in special elections to fill the vacancies created by the deaths of their husbands.

None served more than 14 months and none was a candidate for the full term at the time of the next general election.

Elizabeth Hawley Gasque was elected in a September 1938 special election to the 6th Congressional District after the death of her husband, eight-term Democratic Representative Allard Gasque.

Hawley Gasque served approximately three and one-half months until the end of the term on January 3, 1939.

In November 1939, Clara McMillan was elected in a 1st CD special election to fill the vacancy after the death of her husband, Democrat Thomas McMillan, who was in his eighth term at the time of his passing. Clara McMillian served nearly 14 months until the end of the term in January 1941.

Willa Fulmer served less than two months in Congress (November 7, 1944 to January 3, 1945) after a special election victory in the state’s 2nd CD to finish the term opened up after the death of her husband earlier that year.

Democrat Hampton Fulmer had served 12 terms in the House.

In April 1962, Corinne Boyd Riley won a special election in the 2nd CD to fill the vacancy after the death of her husband, eight-term Democrat John Riley.

The fifth and most recent woman to be elected to the U.S. House from South Carolina was Democrat Liz Patterson.

Patterson narrowly won by 4.1 points over Bill Workman and carried the district two more times in 1988 and 1990 before losing by 2.9 points to Bob Inglis after redistricting in 1992.

Patterson, unlike Hawley Gasque, McMillan, Fulmer, and Boyd Riley, was not married to a U.S. Representative, although her father was Olin Johnston.

South Carolina currently ranks tied for #37 in the country with an average of 2.3 percent of its U.S. House seats held by women since 1916.

The state made history in 2010 when it elected Republican Nikki Haley as its first female governor.