The Democratic Party’s longest U.S. House pick-up drought in the nation extended to 48 consecutive losses in South Carolina Tuesday, where the party has failed to gain a seat for a quarter-century 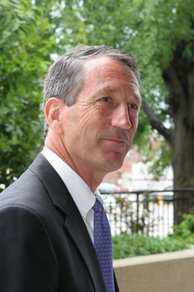 A number of media reports downplayed the significance of the South Carolina 1st CD special election in the waning days of the campaign (e.g. a “Seinfeld” election about nothing).

And while it is true the race may not have been a barometer for the 2014 midterms, there are nonetheless several interesting historical nuggets that emerged from the contest, in which Republican and ex-Governor Mark Sanford defeated Democrat Elizabeth Colbert Busch by 9.1 points.

Despite being dealt as good a hand as they could expect with a flawed Republican opponent, the Democratic Party saw its U.S. House seat pick-up drought extend to 48 consecutive races in South Carolina – the party’s longest such streak in the nation.

The last Democrat to pick up a GOP-held seat in South Carolina was Liz Patterson in 1986, winning by 4.1 points over Bill Workman in a district previously represented by Republican Carroll Campbell.

Over the next 25 years through Tuesday’s special election, the Democratic Party has lost all 48 South Carolina U.S. House races in districts held by the GOP.

The Democratic Party’s next biggest drought is in Missouri – failing to pick-up a seat in 46 straight U.S. House contests. (Missouri will host a special election next month in the GOP-friendly 8th CD that will assuredly extend the streak to 47).

Pat Danner’s 1992 upset win over nine-term incumbent Earl Thomas Coleman in the 6th CD was the last Democratic pick-up in the Show-Me State.

Rounding out the Top 5 states for Democratic futility is Nebraska at 33 consecutive races, Georgia at 30, and Oklahoma at 25.

The Democrats have not only failed to pick up seats in these 48 straight South Carolina contests, but they have rarely come anywhere close to victory – losing by single digits in just five of these races:

As for the race itself, many were expecting a much closer outcome Tuesday.

The Cook Political Report predicted a “photo finish” and the final survey released a few days ago by Public Policy Polling showed a statistically insignificant one-point differential between the major party candidates.

Even still, the race was competitive – at least by South Carolina standards.

Sanford’s 8.9-point victory ranks as the 23rd closest U.S. House election in the state out of the 377 general and special contests that have been conducted since 1900.

Only 11 races have been decided by 5 points or less during this 113-year span with just 26 decided by single digits.

The closest election since the turn of the 20th Century occurred in 1992 when Republican Bob Inglis defeated the aforementioned three-term incumbent Liz Patterson in the 4th CD by 2.9 points.

With Colbert Busch’s defeat, Patterson remains the last woman to win a U.S. House seat in South Carolina and the fifth overall in state history.

Colbert Busch was attempting to become the first woman to win a U.S. House seat in the state without any political ties by marriage or birth.

With his victory, Sanford becomes the sixth ex-governor of the Palmetto State to be elected to the U.S. House in South Carolina history, and the first since the 1850s.

Sanford is the first South Carolinian to get elected to the U.S. House, then serve as governor, and then get elected back to the House once again.