Democrats have stumbled to their third worst record in the country in Rhode Island but have won 31 of 40 gubernatorial races in Kentucky, Georgia, West Virginia, and Wyoming 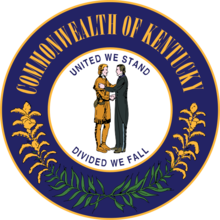 With gubernatorial campaigns well underway in two states on the ballot in 2013 (Virginia and New Jersey) and gearing up in another 36 for the 2014 cycle, Smart Politics offers an at-a-glance scorecard summarizing how Democrats, Republicans, and third parties have fared in each state’s last 10 gubernatorial contests.

With a few exceptions (e.g. states that have held special or recall elections or those that hold contests every two years), this scorecard captures gubernatorial contests since the mid-1970s.

Currently, no party has a 10-cycle winning streak in any state – although three states come close.

Republicans have run off nine consecutive gubernatorial wins in South Dakota and Utah while Democrats have done the same in Washington.

Democrats have also won nine of their last 10 races in Kentucky and Maryland.

Maryland also holds the mark of the only state in which one party has averaged at least 60 percent of the vote over the last 10 contests (with Democrats coming in at 60.0 percent; South Dakota is next with Republicans averaging 58.4 percent).

Republicans have rattled off at least two consecutive wins in 16 states totaling 68 contests: South Dakota and Utah at nine, North Dakota at six, Idaho and Texas at five, Florida, Nevada, and Nebraska at four, Alaska, Alabama, Indiana, Mississippi, and South Carolina with three, and Louisiana and Wisconsin with two.

Democrats, meanwhile, have tallied at least two victories in a row in 15 states totaling 54 contests: Washington at nine, Oregon at seven, Delaware at six, New Hampshire and West Virginia at five, Illinois and Montana at three, and Arkansas, Colorado, Kentucky, Maryland, Massachusetts, Missouri, New York, and Vermont with two.

The political discourse surrounding the partisan leanings of a state frequently seems to be defined by its vote in federal elections (namely president, but also U.S. Senate).

However, the red-blue-purple guideposts that federal elections provide can widely miss the mark when it comes to gubernatorial contests.

· Over the last 10 contests, Democrats have amassed their third worst record in any state in the country in Rhode Island – with just two victories since 1984 (in 1990 and 1992).

· Democrats in the Midwestern states of Illinois, Iowa, Ohio, and Wisconsin are also under water in gubernatorial contests with a 3-7 record in each – tied for the fourth worst mark for the Party in the nation (although Illinois Democrats have turned the tide and won each of the last three contests).

· Meanwhile, Democrats have amassed a formidable gubernatorial record in ‘red’ states like Kentucky (9-1) and West Virginia (8-2) as well as generally strong performances in Arkansas (7-3), North Carolina (7-3), and Wyoming (7-3) over the last 40 years.

Of course, ’10’ is not a magic number when it comes to examining the voting trends in any state – and in many ways 10 cycles can be a lifetime in politics.

However, looking simply at the previous election cycle as a guide can be deceiving as well – just like many states flipped in 2010, many are sure to do so again in 2014.

The Last 10 Gubernatorial Races by State