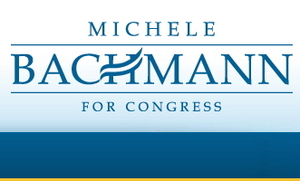 Nearly two weeks after announcing she would not seek a 5th term from Minnesota’s 6th Congressional District, Republican Michele Bachmann’s congressional campaign website is still locked and loaded to take in money.

The campaign’s donation page is still featured and functional with the following text at the top of the page:

Obama and the Democrats are targeting Michele for speaking out against their extreme liberal agenda. They will do, say and spend whatever it takes to defeat her.

Of course, it is not unusual for officeholders to see funds trickle into their accounts after announcing their retirement from public office.

That said, Bachmann’s website perhaps could use a bit of an update as it leads the contributor to believe she will be running for elected office: “They will do, say and spend whatever it takes to defeat her.”

(Unless, perhaps, one takes a less literal meaning from the word ‘defeat’ to mean defeating Bachmann’s ideas).

In the first quarter of this year, Bachmann raised $678,665 – impressive for most House incumbents but down more than 60 percent from the same three-month period in 2011.

One suspects the Congresswoman, who apparently intends to remain somewhat in the media spotlight throughout the rest of her term, will raise significantly more money going forward than most of her retiree predecessors.

For example, consider the incoming receipts for the following well-known members of Congress who retired in the 2012 cycle:

Bachmann has not officially ruled out another campaign in the current 2014 cycle or beyond – recently telling FOX’s Sean Hannity, “I may run for another public office.”