Only 1 in 3 ex- or sitting Maine U.S. Representatives to land on the gubernatorial general election ballot have been victorious 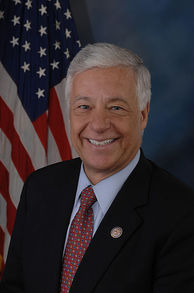 Mike Michaud’s announcement last week that he was exploring a run for Maine’s gubernatorial seat in 2014 gives the Democratic Party its best shot at reclaiming the office it lost in 2010 to Republican Paul LePage.

Michaud, a six-term U.S. Representative from the state’s 2nd congressional district, may have a clear field to his party’s nomination, but his path to victory is still foggy.

Independent candidate and 2010 runner-up Eliot Cutler recently decided to seek a rematch against LePage in a state where independent and third party candidates have collectively averaged 29.7 percent of the vote across the last 10 cycles since 1974 and have claimed victory three times.

Michaud is also facing an electoral history in which nearly twice as many U.S. Representatives have failed as have succeeded in their Maine gubernatorial bids, and just one ex- or sitting Democratic member of the House has won the governor’s seat in 170 years.

A Smart Politics analysis of Maine gubernatorial electoral results finds that just 10 of 29 ex- or sitting U.S. Representatives appearing on the general election ballot have been victorious since statehood.

The most recent U.S. Representative from the Pine Tree State to be elected governor is LePage’s predecessor, John Baldacci.

Baldacci was a four-term Democrat from the state’s 2nd CD when he won a plurality 47.2 percent in a four-candidate race in 2002. He won reelection as an incumbent four years later.

Baldacci was the first Democratic U.S. House member – sitting or otherwise – to win Maine’s governorship since Hugh Anderson in 1843.

Anderson had served two terms in the House from the 6th CD from 1837 to 1841 before defeating former one-term Whig U.S. Representative Edward Robinson.

Michaud’s six terms in the House of Representatives – not exactly a popular institution these days – would represent a high water mark of service in the lower legislative chamber should he be elected governor of Maine in 2014.

The longest amount of time an ex- or sitting Maine U.S. Representative has had under his belt in the house while running for governor in Maine was the five terms logged in by Whig-turned-Republican Israel Washburn from 1851 to 1861.

In fact, of the 29 times an ex- or sitting U.S. House member from Maine has appeared on the gubernatorial general election ballot, the candidate’s length of service in the House of Representatives has been an average of only 2.3 terms – or about 40 percent of Michaud’s tenure come November 2014. 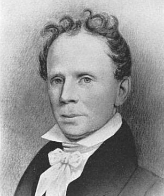 The first U.S. Representative to win an election to the governor’s office in Maine was Jeffersonian Republican Enoch Lincoln in 1826.

Lincoln had served a little over two years in the U.S. House from 1818 to 1821 when Maine was a part of Massachusetts and then reelected from Maine as a Jeffersonian Republican in 1820, as an Adams-Clay Republican in 1822, and as an Adams candidate in 1824.

Since the 20th Century, only Baldacci and one other U.S. Representative have won a gubernatorial election in Maine – Republican John McKernan in 1986.

· Former three-term Republican James Oliver in 1952. (Oliver would later return to the House for one more term).

· Sitting two-term Democrat Joseph Brennan in 1990. (Brennan had previously served two terms as governor from 1979 to 1987 before winning his first congressional race).

While the state’s electoral history isn’t rosy for U.S. Representatives running for governor, Michaud is undoubtedly more concerned about the candidacy of Eliot Cutler who is targeting independents and “independent-minded” Democratic and Republican Mainers in his reelection bid.

The race boasted the sixth narrowest margin of victory in the country, behind Minnesota, Connecticut, Illinois, Florida, and Oregon.