The 2012 cycle yielded the lowest number and percentage of major party Pennsylvania U.S. House members from the state’s winning presidential candidate since the birth of the two-party system in 1828 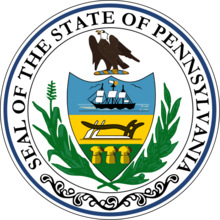 Pennsylvania Democrats have come out swinging early and often this year as the party aggressively mounts a campaign to retake the governorship in the 2014 cycle with U.S. Representative Allyson Schwartz perhaps the strongest of many declared candidates seeking to upend the seemingly vulnerable Tom Corbett.

A much bigger challenge for the party, however, is to recapture some of the U.S. House seats lost in recent cycles with redistricting (and perhaps a few underachieving campaigns) resulting in the party’s worst performance in congressional races in a presidential cycle since before the Great Depression.

As things currently shape up, D.C.’s major prognosticators list 10 of the GOP’s 13 Pennsylvania U.S. House seats as “safe” with three seats occasionally popping up on the “likely Republican” or “lean Republican” lists: Pat Meehan in the 7th CD, Mike Fitzgerald in the 8th CD, and Keith Rothfus in the 12th CD.

As such, barring an unforeseen tsunami in a mid-term election with the party’s president in the White House, Democrats will continue to languish with a paltry number of U.S. House seats that – just like in neighboring Ohio – is historically unprecedented.

So just how bad do things stand for the Pennsylvania Democratic U.S. House delegation?

A Smart Politics analysis finds that in 2012 Pennsylvanians elected the lowest number (five) and lowest rate (27 percent) of U.S. Representatives by a major party whilst simultaneously casting its electoral votes for that party’s presidential nominee across the 47 presidential election cycles since the birth of the modern two-party system in 1828.

The 2012 Democratic U.S. House candidates in Pennsylvania broke their own record in futility set in 2004 when John Kerry carried the Keystone State as the party captured just seven of 19 seats in the nation’s lower legislative chamber, or 36.8 percent.

That record was beaten last fall when only five Pennsylvania Democrats won House seats in the newly drawn map of 18 congressional districts, even though President Barack Obama carried the state by 5.4 points over Mitt Romney at the top of the ticket and Democratic incumbent U.S. Senator Bob Casey defeated Tom Smith by 9.1 points. 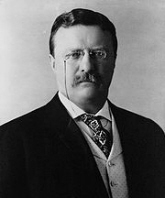 The only time a smaller percentage of House seats was won by the party of Pennsylvania’s victorious presidential candidate was in 1912, when third party Progressive nominee Teddy Roosevelt scored a plurality victory while two Progressives won House contests: Willis Hullings in the 24th CD and Henry Temple in the 28th.

The five races won by the Democrats in 2012 was also the lowest number as well as lowest rate of seats captured by the party in a presidential election cycle since the Calvin Coolidge administration.

In the Election of 1928, the GOP was victorious in 35 of Pennsylvania’s 36 U.S. House races with John Casey the lone Democrat to claim a seat that November.

To be sure, Democratic U.S. House candidates in Pennsylvania have fared poorly in many presidential election cycles over the last several decades, scoring an ever lower percentage of House seats a dozen times since 1828:

But what makes the 2012 and 2004 cycles so unusual for the party – and different from these aforementioned dozen hapless cycles – is that the Democratic presidential candidate carried Pennsylvania at the top of the ticket.

Overall, the party of the victorious presidential candidate in the Keystone State has won an average of 62.9 percent of U.S. House contests across the 47 cycles since 1828 – or more than twice the rate of victory by the Democratic Party in 2012.

And while Democrats remain optimistic about their chances to win Pennsylvania’s 2014 gubernatorial race, that will not alleviate their deficit in the nation’s lower legislative chamber, at least to the extent redistricting has cornered the party into several “unwinnable” districts across the state.

To effectuate change on that front, the key cycle will be 2018, when the party will need to not only win the governor’s mansion but also retake the state legislature, which crafts such redistricting maps in the first instance.

And then there is this final tidbit: the 27.8 percent of U.S. House seats won by Pennsylvania Democrats in 2012 is the second lowest rate in state history for the party that won the White House.

A lower rate can only be found in 1916: Woodrow Wilson narrowly won reelection over Republican Charles Hughes while Democrats won only six of 36 seats from the Keystone State, or 16.7 percent. (Hughes carried Pennsylvania by 14 points).

Overall, Pennsylvania has sent an average of 60.3 percent of its U.S. Representatives to D.C. in presidential election cycles who were of the same party as the winner of the White House.

* Whig Party. Note: Far right column denotes the percentage of House seats won by the party of the winning presidential candidate in Pennsylvania. In 1828 and 1832 Pennsylvania elected 24 and 14 Jacksonian (Democrats) respectively to the U.S. House of Representatives. Table compiled by Smart Politics.