The Minority Leader has the longest Senate tenure in Kentucky history, even though the state’s two Senate seats have turned over 77 times, or an average of once per 2.8 years – the highest rate in the country 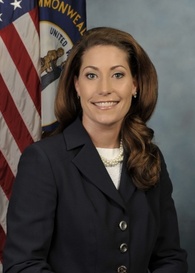 McConnell remains an early favorite to keep his seat, but is still one of the Democratic Party’s top targets during a cycle in which Republicans are expected to pick up a handful of seats and potentially take back control of the chamber.

And although there has been relative stability in McConnell’s Class II Senate seat over the decades (just three Senators have held it since 1956), that fact belies some close calls the senior senator from the Bluegrass State has faced during his tenure, and the remarkably high turnover of U.S. Senators Kentuckians have endured the last two hundred years.

A Smart Politics review of turnover in the U.S. Senate finds that Kentucky has the highest rate in the nation with an average of one new Senator every 2 years and 10 months since statehood.

With McConnell approaching 28 years and six months in the chamber, one could say he has had an unusually long political half-life in the state.

Turnover in the U.S. Senate, of course, can happen for a number of reasons other than simply getting beat at the ballot box.

Senators have exited the chamber due to death, retirement, resigning out of scandal or to take a different position, expulsion, or getting removed from office after losing a contested election.

Smart Politics tallied each time a new Senator took office – for any reason – from each state after its first two Senators were sworn into office at statehood.

That number was divided into the number of years each state has had representation in the nation’s upper legislative chamber (usually since statehood, but sometimes less, such as confederate states who lost representation during and after the Civil War).

Kentucky has had more turnover in its Senate seats – and the highest rate – than any other state in the country – turning over 77 times across 221 years since statehood, or a turnover rate of one Senator every 2 years and 10 months (2.87 years).

That rate has obviously dropped during the last few decades, with McConnell on track for 30 consecutive years of service following Dee Huddleston (12 years) and John Cooper (16+) who each served multi-term tenures before him.

But McConnell’s seat has nearly turned over twice during his tenure.

After winning his first term by 0.4 points over Huddleston in 1984, McConnell narrowly escaped with a 4.4-point victory over Harvey Sloane in 1990 to win a second term and a 5.9-point win in 2008 against Bruce Lunsford to win a fifth.

The state with the second highest turnover rate in U.S. Senate history is New Jersey, averaging a new Senator every 3.11 years.

After October’s special election, the Garden State will have had three Senators in 2013 representing its Class II seat (inching its turnover rate closer to Kentucky at 3.07).

Of the Top 10 states with the highest turnover, only one – Georgia – is guaranteed to have a new Senator after the 2014 cycle, with Republican Saxby Chambliss retiring at the end of his term.

The average turnover rate across the 50 states is one new Senator every 4.25 years.

* Number of years is equal to the number of years each state has had representation in the U.S. Senate since statehood. Table compiled by Smart Politics.