In 2012, Michigan tied a state record by electing the lowest rate of U.S. Representatives of a major party whilst simultaneously casting its electoral votes for that party’s presidential nominee since statehood 175 years ago 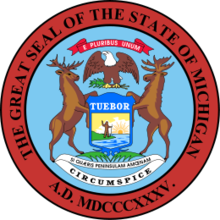 Although Democrats did not take back the U.S. House after the 2012 election cycle, the party was quick to point out its Pyrrhic victory that more votes were cast for its candidates across the 435 seats nationwide than for the Republicans.

Existing gerrymandered districts and the dreaded historical pullback against the president’s party in the midterm election means there is very little chatter of Democrats taking back the House in 2014.

In recent months, Smart Politics has turned its lens on the gerrymandering angle in a series of reports – and has demonstrated the degree of gerrymandering occurring in Rust Belt states (with large congressional delegations) has hurt the Democratic Party in the 113th Congress in historic fashion.

In Ohio, voters elected just 25 percent of its congressional delegation (four of 16 Democrats) from the party of the state’s winning presidential candidate – the lowest such number and percentage ever recorded in the history of the state.

In Pennsylvania, voters elected the lowest number (five) and lowest rate (27 percent) of U.S. Representatives of a major party whilst simultaneously casting its electoral votes for that party’s presidential nominee across the 47 presidential election cycles since the birth of the modern two-party system in 1828.

Today’s Rust Belt gerrymandering report is the third in the series, this time focusing on the State of Michigan.

Democratic candidates for the U.S. House of Representatives, however, were nearly doubled up by their Republican counterparts – winning just five seats to the GOP’s nine – despite winning more than 240,000 more votes statewide (2,327,985 for the Democrats vs. 2,086,804 for the Republicans).

A Smart Politics analysis finds that in 2012 Michiganders tied a state record by electing the lowest rate (35 percent) of U.S. Representatives by a major party whilst simultaneously casting its electoral votes for that party’s presidential nominee across the 45 presidential election cycles since statehood 175 years ago.

The 2012 cycle is tied in meager representation for a major political party with the 1944 cycle whereby six of 17 Democrats (35 percent) were sent to nation’s lower legislative chamber as Franklin Roosevelt narrowly carried the state over Thomas Dewey.

The big difference between 1944 and 2012, however, is that Obama was a much more decisive winner in Michigan at the top of the ticket (by 9.5 points over Romney) than FDR was over Dewey (winning in a squeaker by just 1.1 points).

The only time a smaller percentage of House seats was won by the party of Michigan’s victorious presidential candidate was in 1912, when third party Progressive nominee Teddy Roosevelt scored a plurality victory while two Progressives won House contests: Roy Woodruff in the 10th and William MacDonald in the 12th CD.

At 35 percent, the Democratic Michigan U.S. House delegation is nearly half the rate at which representatives have been elected to D.C. from the party of the winning presidential candidate in Michigan over the last 45 cycles.

Over the last 175 years, more than two-thirds of the representatives elected from Michigan during presidential cycles came from the party of the winning presidential nominee in the Wolverine State (68.2 percent).

Even during those 16 winning cycles, however, Democratic congressional candidates have had trouble riding the coattails of their presidential nominee, winning just 51.4 percent of seats when their presidential candidate won the state (108 of 210 seats). (A rate the party would gladly take today — picking up two more seats in the 113th Congress).

By contrast, during the 25 cycles in which Michigan cast its Electoral College votes for the GOP nominee, the state has elected Republicans to 252 of its 344 U.S. House seats, or 73.3 percent.