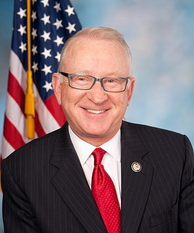 While the U.S. Senate immigration bill remains in limbo – and, if passed, its prospects, seemingly dim in the House – a few dozen U.S. Representatives are making a public effort to reach out to their Spanish-speaking constituents on their official House websites – and almost all are Democrats.

A Smart Politics content analysis of official House websites of the nation’s 434 U.S. Representatives finds that approximately one in 12 provide web pages with Spanish-language content (8 percent, or 36 members) with Democrats doings so at eight times the rate of Republicans.

A total of 31 of the 200 Democratic U.S. Representatives have set aside web pages for Spanish-speaking constituents, or 16 percent of the caucus.

That compares to just five of the 234 Republicans in office, or 2 percent of the GOP caucus.

(Note: Additional U.S. Representatives, such as Republican Gary Miller (CA-31), simply link to a Spanish-language version of their sites via Google Translate, discussed in more detail below, but not counted as a “Spanish-language” site).

For a regional breakdown:

Most members providing Spanish-language content are actually not members of the Congressional Hispanic Caucus.

The degree to which Spanish-language content is incorporated into these House websites varies greatly. 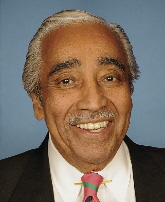 A few don’t set aside stand-alone pages but do incorporate Spanish-language press releases alongside those released in English, like Democrat Alan Grayson (FL-09) and Republican Ileana Ros-Lehtinen (FL-27).

· Democrat Loretta Sanchez (CA-46) offers her biography and some press releases in Vietnamese.

Meanwhile, Democrat Adam Schiff (CA-28) links from his English language site to employ a Google Translate tool that generates a (rough) translation of his content into Armenian, Chinese (simplified) and Spanish.

The Google Translate feature is a quick and easy way to provide information to foreign-language speaking populations (though not always conveying a precise message or utilizing proper grammar).

Included among the three-dozen U.S. Representatives with foreign-language web pages are two Democrats whose Spanish pages are currently under construction: Democrat Maxine Waters (CA-43) and Suzanne Bonamici (OR-01).

Note: Does not include U.S. Representatives that simply provides a link to Google Translate. ** Spanish-language pages under construction. Table compiled by Smart Politics.