More than two-dozen Georgia U.S. Senators and Representatives had family members who previously served in Congress – but none since Sam Nunn in 1972 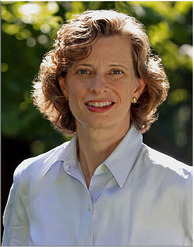 The long-expected announcement that Michelle Nunn would run for Georgia’s open U.S. Senate seat this week brought a sigh of relief to the Democratic Party which has been shedding promising candidates in GOP-leaning states across the country this year (e.g. Montana, South Dakota).

Once Democratic U.S. Representative John Barrow from the state’s 12th Congressional District decided against a Senate bid, Nunn – CEO of the non-profit Points of Light – was considered the Party’s best hope to be competitive in the Peach State’s 2014 contest.

Nunn, of course, is the daughter of former Georgia Democratic U.S. Senator Sam Nunn, who served in the nation’s upper legislative chamber for 24+ years from 1972 to 1997. (And who has been in and out of the national limelight ever since – including becoming a rumored vice-presidential nominee from time to time).

Nunn’s decision to enter the race came just a few days after Liz Cheney, the daughter of another famous D.C. player, announced she would challenge three-term incumbent Senator Mike Enzi for the Wyoming GOP nod.

And thus if Michelle Nunn is successful in her Senate bid she would join a substantial list of Georgians with family members who previously served in one of the nation’s legislative chambers.

And the first since her father.

A Smart Politics analysis finds that 28 Georgians who served in the U.S. Senate or House of Representatives had a family member who had previously served in one of those chambers (or the Continental Congress) – the last of whom was Sam Nunn in 1972.

A total of 317 men and women have served in the House or Senate from Georgia since statehood 225 years ago.

Twenty-eight of these legislators, or 8.8 percent, were appointed or elected to their seat after one of their relatives had already served as a legislator on the national stage. 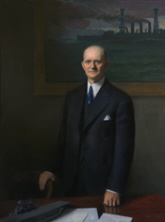 Sam Nunn was the most recent Georgian to be added to this list.

At more than 50 years in the House, Vinson owns the record for the third longest tenure in the history of the nation’s lower legislative chamber, entering the House in 1914 at the age of 30 and exiting in 1965.

Prior to Nunn, the most recent Georgians to continue the family tradition of serving in Congress were:

Overall, dynastic politics has been rare in recent decades in Georgia – at least at the federal level.

Only seven of the aforementioned 28 Senators and Representatives with Congress in their bloodlines took their seat over the last 120 years with the first 21 doing so in a 100-year span from the 1790s to the 1890s.

This list of 28 includes four Georgians elected to the House or Senate after relations served in Congress from other states:

Michelle Nunn will emerge from the Democratic primary to face the winner of what likely will be a run-off in the GOP field.

Republicans currently have seven individuals in the race including three U.S. Representatives and a former Georgia Secretary of State.

Georgia U.S. Senators and Representatives with Family Members Who Previously Served in Congress