Minnesota has the most living former Senators with eight while six states have only one (Hawaii, Mississippi, Rhode Island, Vermont, West Virginia, Wyoming) 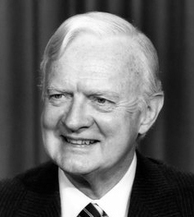 The death of former Virginia Democrat turned independent U.S. Senator Harry Byrd, Jr. today at the age of 98 years, 7 months, 11 days also marked the passing of the oldest living ex-Senator in the nation.

Byrd was first elected as a Democrat in a special election in 1966 after the death of his father, Harry Byrd, and went on to capture two more decisive reelection victories as an independent in 1970 (by 22.4 points) and 1976 (by 18.9 points) before his retirement in January 1983.

Byrd is one of just 13 U.S. Senators in history to have lived at least to the age of 98 years.

U.S. Senators Reaching the Age of 98

As of July 30, 2013. Table compiled by Smart Politics with information culled from the Biographical Directory of the United States Congress.

Along with the 100 men and women currently serving in the Senate, 13.7 percent of the 1,950 individuals to serve in the nation’s upper legislative chamber are still alive today. 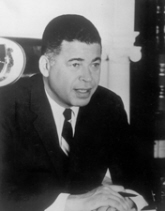 The oldest current living Senator is now Republican Edward Brooke of Massachusetts (1967-1979) – the first black elected to the Senate after the passage of the 17th Amendment.

In addition to Brooke, six other men and women who served in the U.S. Senate are still alive at 90+ years of age:

Every state has at least one living ex-Senator as of the writing of this report.

Colorado and Tennessee are next with seven each followed by Georgia and Illinois with six, and Arkansas, Florida, Massachusetts, Missouri, North Carolina, and Virginia with five.

As of July 30, 2013. Table compiled by Smart Politics with information culled from the Biographical Directory of the United States Congress.