No incumbent U.S. Senator has lost a general election race coming off a victory in which he did not face a major party opponent 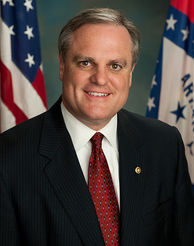 When word came out that buzzworthy freshman GOP Arkansas U.S. Representative Tom Cotton would indeed be launching his U.S. Senate candidacy this week, the Republican Party got a little more optimistic about not only winning Democrat Mark Pryor’s seat, but also taking back the chamber.

A lot of things have to go right for the GOP to net the six seats necessary to pry back control of the Senate, and picking off the two-term Democrat’s seat in the increasingly red state of Arkansas is critical to that mission.

But although Pryor, the son of former Arkansas governor and three-term U.S. Senator David Pryor, may seem ripe for defeat in 2014, Representative Cotton is taking a pathway that few have found successful.

As Smart Politics reported in March, Cotton’s candidacy faces challenging odds on paper: only 17 House freshmen have been elected to the Senate over the last century, and just two during the last 40 years (Minnesota’s Rod Grams in 1994 and Kansas’ Sam Brownback in 1996).

That is what Cotton has going against him.

On top of that, there is this bit of history going for Pryor.

The Democratic Senator is coming off a 2008 campaign in which the Republican Party did not even field a candidate and Pryor was victorious by 59.1 points over the Green Party’s Rebekah Kennedy.

So what are the odds Pryor could come back six years later after facing no major party competition and then lose the 2014 general election?

It’s never happened to an incumbent before.

A Smart Politics analysis finds that no incumbent U.S. Senator has lost a general election race coming off a victory in which he did not face a major party opponent.

(Note: Included in this study are independents or third party candidates who faced only one major party incumbent in their victory).

Since states began electing U.S. Senators via popular vote a century ago, there have been 142 contests in which only one major party candidate appeared on the ballot.

A total of 88 of these Senators ran in the subsequent general election and all 88 were reelected.

(The remaining three Senators on this list still await their fate: Arkansas’s Pryor (in 2014), South Dakota Republican John Thune (in 2016), and independent Bernie Sanders of Vermont (in 2018)).

Not only have these incumbent Senators enjoyed an unblemished general election record coming off a victory without a major party opponent, but very few follow-up races have even been close.

Among incumbents like Pryor who did not face major party competition in the previous cycle, the average victory margin in the subsequent cycle for these U.S. Senators has been 72.0 points, with just three decided by less than 10 points:

· In 1962, five-term Alabama Democrat J. Lister Hill narrowly defeated Republican James Martin by just 1.7 points – after not facing a Republican challenger during his previous two victories in 1950 and 1956.

· In 1996, three-term Virginia Republican John Warner beat Democrat Mark Warner by 5.1 points after facing only an independent candidate in 1990 – Nancy Spannaus, who failed to get 20 percent of the vote. (The latter Warner would later win the former’s open seat in the Election of 2008).

· In 2006, two-term Arizona Republican Jon Kyl followed up his 71.5-point blow-out victory over a Democrat-less field six years prior with a 9.8-point win over Jim Pederson.

No other race has been decided by less than 18 points among these 88 contests.

Of course, most of the races with only one major party candidate on the ballot over the years have taken place in the South, where Democrats enjoyed effective one-party rule for decades.

Still, the average victory margin by such Senate incumbents coming off a race without such a challenger has been nearly as obscene over the last 50 years (50.3 points) as the first 50 years (79.6 points).

As previously mentioned, Cotton would be the first freshman U.S. Representative in 18 years to win a Senate seat, although he wouldn’t be the first in the history of his state.

Of the 11 U.S. Representatives who successfully won a U.S. Senate seat in Arkansas since statehood, Democrat J. William Fulbright did so as a freshman – defeating three-term Senator Hattie Caraway to nab his party’s nomination in 1944 and subsequently win five general elections.

Fate of U.S. Senate Incumbents in Cycle After Facing No Major Party Opposition*